What you need to know

The HoloLens 2 Industrial Edition meets important industry standards, which we outline below, and can be used in Class I, Division 2-Groups A, B, C, and D hazardous location environments.

The HoloLens 2 Industrial Edition also comes with a two-year warranty and a Rapid Replacement Program that includes expedited shipping.

This isn’t the first Hololens headset from Microsoft that’s customized for specific work environments. The Trimble XR10 with HoloLens 2 is built for workers in dirty, loud, and safety-controlled environments.

Earlier this month, our executive editor Daniel Rubino wrote about how mixed reality is Microsoft’s race to lose. The HoloLens 2 and Windows Mixed Reality devices are used in professional environments at several major organizations, including Airbus, Lockheed Martin/NASA, and the U.S. Military. With the HoloLens 2 Industrial Edition, that list can grow as organizations can use the device in a wider range of environments. 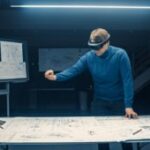 Our pick of AR Remote Collaboration and Support Services 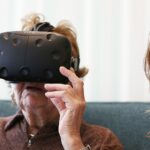