The XR collaboration space has been hotting up over the last year with new apps arriving as well as new features being added to existing software. Today, Spatial has announced its latest raft of updates to improve its service, taking on board requests from customers and making them a reality.

Spatial has strived to meld the real and the virtual, allowing users to take selfies and upload them as an avatar. Bringing that sense of realism into Spatial has taken a step further today with support for iPhone/iPad Pro LiDAR. Now you can scan a model or your own physical environment and import it into Spatial. Thus, you can create your own room environment should you wish.

Another big addition is live translation available to Pro users. Supporting over 30 languages, ideal for teams based in different regions worldwide, the feature ensures there’s no barrier with communication. Users can also enjoy a new outdoor environment, stronger host controls to handle large meetings, a selfie stick to take pictures that can then be shared, spatial audio improvements and enhanced avatar customization which includes skin and shirt colour.

“Real-time 3D collaboration was always an inevitable future for the next medium of computing but Covid-19 has catapulted it forward,” said Anand Agarawala, CEO of Spatial in a statement. “We never built Spatial with the idea that it would replace in-person work but as we suddenly find ourselves in this new normal, companies are having to tackle issues they had not foreseen. Some of the new features mirror in-person work etiquette like greater security and controls for meeting organizers, whereas others have surfaced naturally after spending hours collaborating in these new virtual spaces. Our plan is to make Spatial as ubiquitous and useful as Google Docs is today. We want it to become a tool users can’t live without.”

Like many collaborative apps Spatial prides itself on being easily accessibly, whether that’s via a virtual reality (VR) headset like Oculus Quest, a mixed reality (MR) device such as Microsoft’s HoloLens 2, and even through the web for desktop users. Today’s update further improves the latter’s ease of use. Guest access is now available where no account sign-up or user account is required for web users, great for setting up quick meetings. Plus, web participants can now move their viewpoint for a more optimum position in the room. 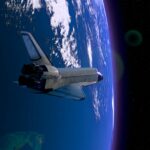 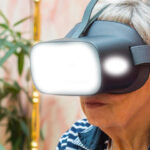