Take A Look At Facebook’s New VR Avatars For Quest

Yesterday, Mark Rabkin, VP of Oculus, sat down with CNET’s Scott Stein to chat about the companies advancements in VR avatar technology, during which a brand new VR avatar system for Oculus Quest/Quest 2 headsets was revealed.

Arriving first on Facebook’s upcoming social VR platform Facebook Horizon, these new avatars feature a range of emotive capabilities, promising more natural and engaging VR interactions. During the chat, called The Quest Effect: Inside VR’s Next Chapter, we catch a glimpse at several of these new improvements in action. Not only are the avatars more expressive, but the mouth tracking also appears to have received an upgrade.

“I really love this new style,” states one of the avatars in the video. “I feel like I can recognize you immediately and just feel like you’re really here with me. There is so much about your expression and about how you show up in this space that really overcomes the distances between us right now.”

Watching a repeat of the conversation, I was impressed by how well the mouth shapes lined up to the words being spoken. Hand gestures controlled via the Touch controllers also added greatly to the conversation, allowing both users to express themselves in greater detail via body language.

“There’s a very interesting tension on our teams right now between taking some of the cues from the real world, and social stuff, or stuff that may be just instinctive for people and building it into the products and experiences we have,” said Rabkin while speaking to CNET. “And then, exploring on the other side, what should the new norms be? Because the laws of physics, in some ways, are different in virtual worlds…we’re thinking about sound. We’re thinking about interruption. We’re thinking about space. We’re thinking about distance. How close is too close? How far is too far?”

Facebook Horizon is currently in closed beta on Oculus Quest/Quest 2 headsets. No word yet on an official release date. These new VR avatars will appear first on the upcoming social VR platform before becoming expanding to other Quest applications. 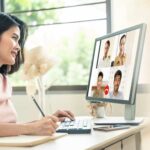 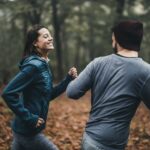