XR executive weighs in on recent industry milestones and what we can expect in coming years.

In the early 1980s, no one could have predicted how the Internet would eventually come to rule our lives. No one could have guessed the ways it would revolutionize the world around us, from ordering food, to streaming videos.

We went through what is called a tech cycle. Multiple technologies combined to fundamentally change the way people and organizations go about their lives.

The exciting news is that we have started a new tech cycle, with the combination of augmented reality, virtual reality, and artificial intelligence.

I am not the only one who has identified this trend. Many leading technology companies such as Facebook, Apple, Microsoft, and Google are investing billions into developing these technologies.

The Beginnings of a New Tech Cycle

A tech cycle is usually a 30-35 year-long period that begins with the early commercialization of a group of technologies and ends with the mass adoption and daily use of the technologies by consumers, businesses and organizations.

Over the cycle, the technologies grow, develop, and rapidly become adopted until they are as ubiquitous as the phone is today.

The last big tech cycle included mobile phones, PCs, and the Internet. It took place from the 1980s (when these were initially introduced into the markets) to 2015 (when they were finally fully adopted).

Over the tech cycle, the solutions evolve from early bulky form factors (think the Motorola “Brick” phone) to a refined slick format (the iPhone X). We are currently at a similar point. AR, VR, and AI have already been introduced to the market, but we are very early in the evolution of the hardware and infrastructure that will lead to mass adoption.

AR, VR, and AI are already starting to make an impact on our world. AI is being used in households across the world in the form of smart speakers and is also being applied in data analytics, as well as being used to automate simple tasks.

Augmented reality is being used on a much wider scale. Rather famously, it is a part of Snapchat and Instagram, two of the most popular social media platforms among teens and Millennials. It is additionally being used for games, such as Minecraft Earth and Pokemon Go. Some companies are utilizing augmented reality to let their customers try out clothes, preview items when online shopping, and look at the food on their menu.

In fact, a study performed by QReal and Oxford University found that viewing food in augmented reality can not only increase craveability, but also increase the chance that the customer will order, and order more.

Virtual reality is being used by businesses for hands-on training, by hospitals and therapeutic centers for controlled exposure therapy, and with the COVID-19 lockdowns, some people are using it for virtual travel. In a particularly interesting case, there is a business in Japan that offers first-class flights and vacationing to any location using VR.

Predictions For the XR Tech Space

With all these uses now, one might wonder what the future holds. We can only predict so much, but if history is any indicator, the potentials are limitless.

Some predict the rise of AR glasses, leading to the death of smartphones. Others dream of a future where VR replaces the need to go to a physical office, with most meetings taking place in virtual environments. AI will come to life with AI-controlled avatars participating in VR worlds and advising as our own AR advisors and consultants.

We are still in the early innings of this tech cycle, we are looking at the beginning of the adoption of AR, VR, and AI (mass adoption is quite a few years out). This inevitable future has been accelerated by COVID-19, as many have turned to virtual reality and augmented reality as ways to socialize while keeping a social distance.

This process has been further catalyzed by the introduction of 5G, something that, when widely available, will be a key driver of augmented reality and virtual reality functionality. With all these great technologies on the horizon, the future holds endless possibilities, all that’s left is for you and me to dream them up. 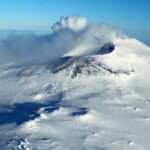 These Are The Best VR YouTube Videos From Last Year 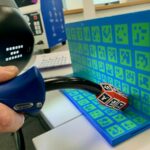