These Are The Best VR YouTube Videos From Last Year

In the year 2020, millions of people were bound to work and stay at home, this pandemic disturbed billions of lives. However, the habits of people were changed as they started working online, and most importantly, the ratio of video calls and watching VR videos on YouTube were increased to a great extent. It persuaded many people to approach the concept of virtualization with their fresh eyes. As YouTube introduced previously watch in VR mode in the setting option. Many people were curious about this feature on YouTube. Both VR 360 and 180, increase the demands of viewers to watch the immersive content on YouTube.

However, it is assumed that the demand for VR videos in the year 2020 was more than any other year in YouTube history. People were not only interested in watching these VR videos, many content creators tried making such videos too from 4K camera, as YouTube also launches a new feature where you can now watch a video in 4K. People tried to experience the videos like performance, traveling, documentary, storytelling, and sports, because most of the videos on YouTube are related to such topics. Interestingly, people did not watch just storytelling and documentary videos on YouTube, many people; especially youngsters tried a new experience of watching games videos on VR because that gives much realistic experience.

So, games are already a world of 3D, the content creators made many VR videos from these to allow the viewers to experience the thing they have never experienced before, just the season finale event in the Fortnite game. These videos were in 360, degree which gave the viewers all around experience as they are in the games realistically.

The second video was around the world in 2 minutes which also grabbed many views as this video was in 4K by Airpano.

The third number video was Ascend with David Blaine which also became a major media event and broke many YouTube records with 22 million views.

The next video was ‘’beautifully broken’’ by Warren Haynes and Danny Luis, which was a 360 performance video.

One week before coronavirus in China also received many views on YouTube which gave the experience of 8K in 360, degree.

Next was ‘virtual journey inside Chauvet cave.

Other videos are received many views in the year 2020 are featured below:

Guardians of the Kingdom in VR

How volcano affects the climate of earth in millions of years in 360, degree

Inside NYC’s skinniest super tall skyscraper, this was in 3D, V180

Lockdown around the world by National Geographic

Out of the Blue

Solo to the South Pole 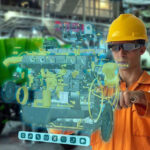 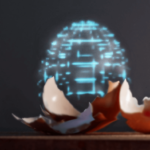