We’ve known for some time know that activities carried out when utilizing virtual reality tools, games, or applications can have benefits in the real-world. As we most notably talk about here at VRFI, virtual reality games can simply help you stay in shape, but other uses of the platform have in the past been found in various forms of therapy. Now, new science has come about that shows the benefits of the technology may be greater than we originally thought, especially for certain groups of people.

Thanks to a new immersive virtual reality program that was developed by members of the Smart-Aging Research Center at Tohoku University, it has been discovered that VR usage for those who may have certain disabilities as a result of illnesses or other forms of trauma can have serious improvements on the patients physical and cognitive health. In particular, this new VR application is said to help those the most who can’t replicate actions in the real-world by being able to view said actions in the virtual world.

One such example of this cited in the report by MedicalXpress comes in the way of an application that gives users the feeling of walking. While sitting down and wearing a VR headset, those who participated in the app’s trial were tasked with looking downward at a virtual body that was simulating a normal walking routine. The body would alternate between 30 seconds of a walking motion and 30 seconds of running for an 8-minute span.

The test found that those who participated saw their heart rates increase in tandem with the actions that the virtual body carried out, despite the fact that they weren’t moving at all. Additionally, cognitive performance was said to have spiked during the trial as well, with the brain showing increased activity in the prefrontal cortex.

Professor Dalila Burin, the one who executed this test and is a member of the Smart-Aging Research Center, explained a bit more of what the result meant saying, “The application of immersive virtual reality for clinical purposes is often doubted because it was originally designed for entertainment.” She went on to explain, “But this study proves that training protocols in IVR can be useful for people with motor impairments to have comparable benefits to real physical activity. It is also beneficial for people who want to start exercising in an entertaining and safe way.”

How Could We Use This Research?

The ways in which this research could prove to be beneficial in the future seem endless, and this only looks to be the start of what the institute is learning. As Burin points out, VR is an excellent way for those who have certain impairments to be able to replicate functions that they normally wouldn’t be able to. As such, it keeps active portions of the brain that otherwise might not be stimulated.

And even for those who can perform real-world tasks to a certain degree, VR could potentially help bolster what they’re minimally capable of. For example, imagine that a player can lift weights in real-life, but only in extremely small quantities. However, if this person were able to lift a smaller weight while wearing a VR headset that made the weight in question seem larger than it is, the ensuing activity might have a greater effect than normal.

Tasks like this perhaps might not only allow the user to grow more strength over time, but it could positively enhance their cognitive functionality in the long run. We’ve seen time and time again in the past that the mind is a powerful object that can lead to greater physical health, and virtual reality applications like the one developed by the Smart-Aging Research Center could push that notion tenfold.

While VR for some might still carry the same novelty of just simply being able to play a game Skyrim in a virtual environment, the field continues to see new landmark developments like this on almost a monthly basis. The next decade of virtual reality looks as though it could continue to grow just as much in the realm of health and therapy as it does with gaming, and that’s a very exciting prospect. 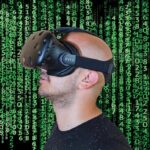 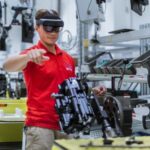