Scope AR, a company specializing in XR work instruction and remote training tools for enterprise, has launched a new browser-based platform for creating and distributing augmented reality content. The platform has already been used by industry partners and major companies including Lockheed Martin, Johnson & Johnson, and Click Bond.

Scope AR’s new platform is called WorkLink Create. The browser-based, no-code authoring platform for remote training and assistance modules was modeled after video editing and presentation software that has long been available to consumers.

“We set out to make the creation of 3D AR content as fast and easy as recording iMovie or creating a powerpoint,” Scope AR CEO Scott Montgomerie said in a release shared with ARPost. “Using our technology platform, any user can easily author their specific knowledge into WorkLink.”

Signed into WorkLink Create, experience designers simply open their 3D models from a “broad range of CAD file formats” to be placed in an MR scene.

“In the past, we would have developers spend months developing these types of applications. With Scope AR’s WorkLink platform, we’re bringing down this time to 28 minutes,” Lockheed Martin associate fellow Shelley Peterson said in the release. “We can bring in a new developer, have them go through a half day training online, and they can start creating work instructions.”

“Availability of Technology and … the Right Partners”

WorkLink Create is the authoring tool, and WorkLink is the storing, hosting, and distribution side of the platform. Any organization’s WorkLink account is where their content is published and consumed. The WorkLink application can be installed on a wide range of devices from XR headsets to 2D devices like desktops and laptops, tablets, and smartphones.

“It’s just amazing to be at a point where the needs of the use case overlap with the availability of the technology and, more importantly, the right partners: Scope AR,” Click Bond CEO Karl Hutter said in the release.

Partners do seem to be the secret ingredient. The last time that ARPost covered Scope AR was after the announcement of their partnership with remote training platform ServiceMax in the summer of 2020. That company has since “joined forces” with software giant Salesforce.

In a December 2020 interview with ARPost, VRtuoso CEO Frank Furnari said that the company was holding back on expanding into the AR space because of hardware limitations.

In many ways, VRtuoso’s product is essentially the opposite of Scope AR. It also focuses on ease of experience creation for XR remote training and assistance. However, VRtuoso allows the creation of immersive video augmented with 2D assets like text and video.

“The software is there, but we aren’t releasing it yet because there aren’t any strong (and affordable) products yet,” Furnari said of a potential augmented reality VRtuoso product. “Software is great, but it always needs to come out at the right time and from an AR point-of-view, we aren’t there yet.”

Anxious as Ever for the Future

Scope AR’s new WorkLink Create tool is an exciting authoring tool for remote training in itself. It is also part of an ecosystem that is exploding right now due to heightened demand fueling intense innovation that makes us wonder what we’ll see next. 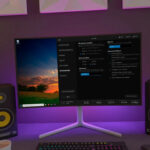 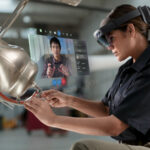