Locomotion describes how people move through virtual environments and is one of the core design features of all VR applications. Providing a comfortable locomotion experience is essential for creating immersive and enjoyable apps that allow people to engage in a world that is far more vast than the physical space they occupy.

Our new locomotion guide provides the building blocks to better understand locomotion in VR applications, as well as best practices and techniques to maximize the end user experience and minimize discomfort.

Within this guide, we introduce and explore the following topics:

While most of the material in this guide is geared towards building first-person VR applications, many of the techniques will be useful in 3rd person applications as well.

The following condensed excerpt from our locomotion guide introduces core types of virtual locomotion and offers examples and best practices for your consideration.

Even if your app is not designed for physical locomotion, it’s important to plan for what happens when people physically move in the real world. For instance, what if a user takes a step in physical space or leans forward while sitting? Would this move the virtual camera into solid geometry like walls, decorations or characters in VR? Planning for these scenarios will solve many potential comfort, performance, and usability challenges as you design your locomotion system.

Artificial locomotion is when movement in the virtual world does not directly correspond to physical movement. For example, when you walk, turn, or move through the virtual world in response to controller inputs, such as pushing a thumbstick.

The most common use of artificial locomotion is to make it possible for people to move through virtual environments that are larger than their physical playspace; however, there are many other scenarios where it is necessary or useful to use artificial locomotion. For example, movement can sometimes be controlled by, or in response to, the environment, like an elevator or a roller coaster.

Learn more VR locomotion concepts and techniques in our full locomotion guide here. If you have any questions, feel free to leave a comment or join the conversation in our forum. 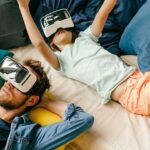 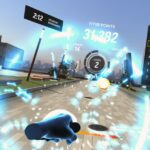