Reakt Is A Fiendish Brain Training Quest Game Out Today

But Reakt, which is out today via the official Oculus Store, isn’t your usual collection of brain-teasers. Instead, the platform is focused on brain training for athletes. It asks you what your favorite sports are and then attempts to mentally tune you into them using different activities. Check out some tutorial gameplay footage below.

The first game is a little like pong or a brick-breaking game, with some added twists. You use both hand controllers to block incoming orbs fired from floating launchers. But other launchers will fire missiles you have to dodge. At the start of the round, the game shows you which launchers fire orbs and which fire missiles but, when you’re playing, they’re indistinguishable from each other. You need to memorize which is which and keep an eye on the missile launchers – act fast and you’ll be able to slow their attacks down with the pull of a trigger before they fire.

It sounds simple on paper but in practice, it quickly turns into a frantic and alarmingly difficult task. The second game is a more simplified version of it that removes the orbs and missiles and simply asks you to pull the trigger when certain launchers glow.

You can feel your concentration being stretched as you play – launchers float around the arena and keeping both in your peripheral view, memorizing the right ones and keeping that focus as the others distract you is incredibly tough. After a session, the game shows you stats and tells you how these exercises can help you to process information faster, which could then transfer into real sports. I couldn’t tell you if the science is sound, but I definitely had my brain in a wrap after 15 minutes.

It’s fair to say, though, that Reakt definitely goes after a niche. It might be launching on the Quest store but the platform seems best-suited to being implemented into actual training plans. As someone that exercises regularly but often with only casual goals, I can’t say I’d personally benefit much from continued use of the service. But if you’re a regular sports player that actively wants to push to do their best, you may well benefit from taking a few minutes out of your day to jump into Reakt. If you’re looking for more traditional VR brain training, Enhance might be up your street. 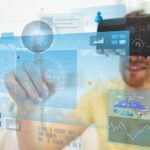 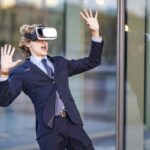