You know the technology has a major influence on you if you prefer reading on the laptop than on books, click a picture of doctor’s prescription than keep the paper for the record, or want to use a VR headset to see movies for the real-life experience. More than ever, innovation in technologies is witnessed for the year 2020 due to pandemic and remote working. Significantly, VR (virtual reality) gets more space as you learn and read about technological advancements.

We see the world enjoying the implementation of VR/AR technologies for better outcomes and improved efficiency of systems. Many businesses are dabbling in this space today and are already using technologies that include virtual reality (VR), augmented reality (AR), and mixed reality (MR). The major use of VR can be seen in the workplace training program or sessions. And it is here for a longer time as,

The PwC report predicts that nearly 23 million jobs worldwide would be using AR and VR by 2030 for training, work meetings, and better customer service.

Last year, Walmart trained more than 1 million employees using virtual reality. And then there are moving companies such as airlines, financial, and food product manufacturing firms; they are all using VR in different ways.

One prevailing question is, “What is so special about virtual reality?”

Its sensory immersion is the key to its effectiveness. Things under this technology—VR—look and sound as if they are real and make someone process experience as a real experience. The power of VR can even teach cashiers to show more empathy, mechanics learn to repair planes, and retail workers gain training on how to deal with armed robbery.

The latest reports reveal that VR is also transforming the way people work, especially during the pandemic. Virtual reality during COVID-19 has made people experience new challenges, opportunities, and gateway to innovation.

Challenges on usage of VR technology during COVID-19

In some way or the other, cracking a challenge is one way to move forward. VR and AR could come out as a host for new opportunities if there were no privacy and data concerns. To build up the VR experience, there are legitimate reasons for companies to record physiological responses such as eye movement or the heart rate of the users. And that information can be used to derive psychological responses – action to violence and degrees of empathy. However, such data is very helpful for those trying to reach consumers.

But it is essential to maintain the privacy of those types of things. If an employee claimed his expected privacy was breached, he can sue the employer or the company based on the state laws. The problem sure is that judges aren’t trained in emerging technologies. Yet, one area where you will see Virtual Reality Boom is in the healthcare industry. It can be disrupted in training and education or even at the time of practicing the surgery as doctor interns can get a virtual version of the patient’s body.

Opportunities on usage of VR technology during COVID-19

VR has been used in different ways in the office, including training surgeons and retail workers, allowing them to learn new skills without interacting with a person face-to-face. One opportunity is clear that Facebook is rolling out more ways for employees to video chat and businesses to use virtual reality (VR) to train employees. Facebook clearly shows how working from home during the pandemic is seeing a rise.

It has introduced an enterprise version of the social network, called Workplace, and it has more than 5 million paid users, which include Starbucks, Spotify, and Walmart. The workplace can make video calls through Portal TV, a device that allows you to do video calls on a bigger screen. Also, it allows users to broadcast live videos on Portal and chat with up to 50 people through a new feature called Zoom.

Another advancement taking place in the world of virtual reality during pandemic is the possibility of identity expansion in the virtual world. Employees will have to choose their avatar, but with AR glasses, one might view the other in different clothing and gender. Meanwhile, several instances of misuse have taken place in the workplace, which shows that technology has failed to reach mainstream.

To eliminate such issues, a start-up called Spatial aims to optimize the safety and freedom of the user. It is a VR company that helps in the creation of employee avatars who can take part in a virtual meeting. It runs a program allowing users to teleport into different rooms and spaces. They are also working on a “physical space bubble” for avatars so that one can’t get creepily close to another employee. “We are trying to comprehensively design to both unleash the superpower but not unleash it too much so that it enables you to violate social norms,” said Jacob Loewenstein, Spatial’s Head of Business. Regarding privacy concerns, the company says that it only collects metadata. It provides a subscription service wherein Spatial can keep customer’s information safe.

At IrisVR, Shane Scranton (CEO and Co-founder, IrisVR), said, “Social norms are figured out quite quickly in the virtual space. The more immersed you are and the more you can see other people, it starts to feel like you’re interacting with that physical person.

Another company Oculus, owned by Facebook, makes VR headset and is working on the deployment of VR in workplace. This platform was announced in the year 2019 and is now out for beta testing. One barrier was the cost as the technology has not gone mainstream yet, and another barrier is the problem of low availability due to high consumer demand.

Virtual reality has a bright future

Certainly, augmented reality and virtual reality represent a better way to connect and build relationships with one another and the world around them. With more innovations in productivity tools, the real transformation will happen. You will see a world with fewer screens where commuting means putting on and taking off the headset, and easily switching between friends and family.

In a nutshell, VR was quickly adopted during the pandemic than it was expected. In 2016, Facebook CEO Mark Zuckerberg projected that it will take at least ten years for VR to become a mainstream thing. But with more understanding of social presence and remote working during the pandemic, the timeline seems to have reduced by three or four years. So, there is a lot to arrive in the future, and we are no less than thrilled to share challenges, opportunities, and vision for the future. 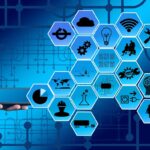 Deloitte: Augmented and virtual reality set to grow in 2021 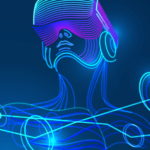 Extended reality – the technology of the future