Extended reality – the technology of the future

We have all heard about virtual reality (VR) before, given it is one of the most significant technological innovations of the past years. Perhaps most of us are already familiar with the immersive experience VR has to offer since these technologies, like VR headsets used in the gaming and entertainment industry, are already widely available for the mass-market consumer.

Then there’s augmented reality (AR) – whereby virtual information and objects are overlaid on the real world – like Pokémon GO or some of Snapchat’s and Instagram’s filters. Another one, though still at a nascent stage, is mixed reality (MR). In MR, digital and real-world objects co-exist and can interact with one another in real-time — sometimes referred to as hybrid reality. It requires an MR headset and a lot more processing power than VR or AR.

Bring these three immersive technologies together and you would get extended reality (XR) — an up and coming trend that highlights the move towards creating more enveloping digital experiences. It is undeniable that currently, around the world, the adoption of AR and VR technologies by individuals and enterprises is surging rapidly.

The adoption of these two technologies drives the XR market, as AR and VR are included under the wider concept of XR As a result, the revenue generated in the global extended reality (XR) market is projected to witness an explosive 48.3% CAGR between 2020 and 2030. This way, the industry value will rise massively from merely US$18.5 billion in 2019 to more than US$1 trillion by 2030, according to P&S Intelligence.

Generally, businesses are seen deploying VR and AR to increase awareness about their products and build brand trust, by engaging with customers in a more fun and interactive way. Similarly, individuals are adopting these technologies for entertainment and knowledge purposes.

Certainly, how we work, interact, and play with one another is going to fundamentally change because of XR, and with it, we can be physically local while at the same time digitally global. As these concepts mature, our experiences and how we interact with computers will shift towards fully immersive environments.

On a broader scope, XR can be utilized for various types of training across industries. Especially in life-and-death circumstances, XR can provide training tools that are hyper-realistic that will help soldiers, healthcare professionals, pilots/astronauts, chemists, and more figure out solutions to problems or learn how to respond to dangerous circumstances without putting their lives or anyone else’s at risk.

Even with the rise of remote working this year, people began to experiment with VR meetings, virtual conferences, and more as companies chose between shutting down and trusting employees to work from home. Now, these technologies are starting to converge with artificial intelligence (AI) and other technologies to create XR technology.

In fact, XR technologies give us a new way to experience meetings and conduct business that feels more like an in-person meeting, thanks to the ability to appear in different scenes. The enhanced technology is also proving useful for virtual conferences and continuing education applications.

A report by P&S Intelligence also indicated that in the immediate future, the highest revenue in the XR market would be generated by the industrial and manufacturing industry. In industries such as mining, oil & gas, and manufacturing, immersive technologies are being adopted for training purposes. Moreover, companies that have incorporated XR into their operations have reported higher productivity, which is further making AR, VR, and MR popular in the industrial & manufacturing niche.

Additionally, Asia Pacific would witness the fastest extended reality market growth in the future, on account of the rapid incorporation of upcoming technologies and a strong focus in China, India, Indonesia, and other developing countries on XR. For instance, a report by the National Association of Software and Service Companies (NASSCOM) says that from US$600 million in 2017, the Chinese AR market would experience a CAGR of over 90%, to grow to US$15.6 billion by 2022. 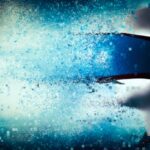 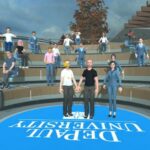