Vuzix Corporation, a supplier of smart glasses and augmented reality (AR) technology and products, has recently announced that its Vuzix Blade Smart Glasses were used to aid the first AR total knee replacement surgery conducted in the US. The operation was completed by an orthopedic surgeon at Hospital for Special Surgery (HSS).

The augmented reality knee replacement platform from Medacta, known as NextAR TKA, received clearance from the US Food and Drug Administration (FDA) in July. It utilizes a preoperative CT scan of the patient’s knee for surgical planning and the use of augmented reality glasses during surgery. The Vuzix Blade Smart Glasses allow the orthopedic surgeon to visualize the structures of the knee and track progress in real time directly on the operative field, without having to look over at a computer screen.

“It’s like a car that has the speedometer projected on the windshield, so you don’t have to look down when you’re driving,” said Jonathan Vigdorchik, MD, the orthopedic surgeon who performed the procedure last week at HSS. Taking the car analogy one step further, he compared the AR knee replacement platform to GPS. “Everyone knows how to drive home, but you use GPS technology to find the best and most efficient route to take.”

Dr. Vigdorchik noted that the enhanced visualization provided by the AR platform allows for ultraprecise alignment and positioning of the knee implant. “Over the past few years, we’ve learned that optimal balancing of the knee ligaments results in a joint replacement that feels more natural and lowers the risk of instability,” he explained. “Every person’s knee is different in terms of their ligaments. Some ligaments are tighter, some are looser. The platform provides direct tracking of the collateral ligaments and a 3D analysis of soft tissue throughout the whole range of motion during surgery, and this allows for optimal ligament balancing for each patient.”

The compact, streamlined nature of the system could also provide economic benefits to the healthcare system, according to Dr. Vigdorchik. “It’s a portable system that can be used in ambulatory surgery centers in addition to hospital ORs,” he stated. “In addition, the high level of precision of the AR platform could decrease operating time and translate into greater efficiency. This is particularly advantageous in the current healthcare environment, as surgeons and hospitals may still be catching up on elective knee replacements that were deferred during the pandemic lockdown.”

Commenting on the use of Vuzix’ device in the surgery, Paul Travers, Vuzix President and Chief Executive Officer, said: “Vuzix Smart Glasses continue to be leveraged across healthcare to aid in the delivery of the next generation of clinical care such as surgeries that leverage augmented reality smart glasses, artificial intelligence and machine learning.” He added, “It’s a significant milestone for the augmented reality smart glasses industry and Vuzix is thrilled to be part of another industry first in healthcare.” 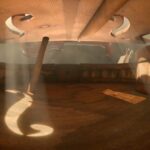 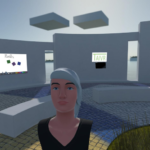 Best Practices to set up workshops in Virtual Reality