Design and Build Robots With RoboCo in 2021, VR Support Expanded

Filament Games began development on its VR-only project RoboCo back in 2017, a sandbox videogame all about designing and building robots. Since then the studio has added a desktop mode which grew in prominence, seeing a campaign arise that wasn’t VR compatible. Recently, the team confirmed that’s been rectified as they prepare for an Early Access launch next year.

RoboCo is all about designing robots to help hapless, rag-doll humans with everyday tasks. The campaign is all about completing various challenges, from such as making coffee, cleaning up, serving sandwiches or working in a hazardous, radioactive environment. It’s this particular mode which has just received VR support.

Like any good building title, some just prefer to create and let their imaginations go wild. Core to this is the sandbox mode, with enough options for “advanced robot engineers to immerse themselves in” notes Filament Games. Build a simple Roomba-style robot which can happily whizz around on wheels or develop a more complicated walking machine with all the required gears and pullies. Once completed you can share your creation with friends via the Robot Steam Workshop.

It’s not just the campaign which has seen VR improvements, so has the camera the studio explains in a blog post. Finding it was one of the weaker elements during a closed alpha the camera was reworked so that now players in the Active Mode can choose between Step Follow, Smooth Follow, and Free settings. In either Edit or Active modes players can adjust the position, scale, and rotation of the world with the grip buttons.

Currently, Filament Games has said it expects the Steam Early Access launch of RoboCo to take place in early 2021, supporting Oculus Rift and HTC Vive as well as on desktop. Before then, the studio will be holding an open beta as it continues to test the title, with a date yet to be confirmed. 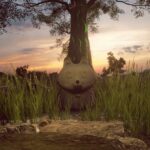 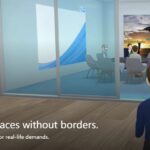