In October, Huawei unveiled its latest stride in the virtual reality (VR) world. Building on the tech company’s past VR headset, the new 6 degrees of freedom (DoF) headset is making waves across the globe. As part of the many upcoming VR headsets 2020 has to offer, Huawei is getting competitive.

At the 2020 World VR Industry Conference Cloud Summit, the president of Huawei Consumer Business Mobile Product Line at Huawei announced the new VR Headset. One of the standout features is the 360-degree joysticks that give you full range to play more freely.

However, the best part of Huawei’s latest innovation is 6-DoF integration. With it, you’ll have better movement within your game. Your actions translate into the virtual world, immersing you in it like never before. It brings virtual gaming to a brand new level.

Previously, Huawei released its VR Glass headset in 2019 which had a 3-DoF setup. While you’ll still get good gameplay, it can’t compete with 6-DoF. For instance, you can play games with this headset outside in the woods or on your couch, fighting enemies, collecting coins and doing just about anything else the VR gaming library offers.

Spin around, tilt your head to the side, wave your arms up and down — you can do it all with this VR system.

Huawei’s 2019 VR model brought countless hours of gaming fun that you could jump right into. The glasses had a resolution of 3200 x 1600 pixels. The new, 6-DoF model is following this resolution as well as bringing you a 70/90 Hz refresh rate and a 90-degree field of view (FoV).

The ultra-sharp focus of the opticals will bring you crystal clear quality with a 700-degree myopia adjustment that will help you see the game better. The previous model had a 1600 x 1600 per-eye resolution, but Huawei hasn’t announced many of the specs still. In fact, the company could still be making last-minute adjustments.

The tech company’s announcement comes at a good time. As virtual reality gaming takes off, so does the market value for it. In fact, experts estimate it will grow by over $14 billion within the next five years. With this trajectory, Huawei is expanding efficiently, keeping up with the trends.

Gamers will enjoy using this new VR technology when it becomes available next year. For now, developers have time to make plenty of games to integrate with it. As for pricing, Huawei’s last headset sold for around $425 — the 6-DoF headset could go for the same price or higher.

Release Timeline of the VR Headset

Huawei is still keeping many of the VR headset’s specs and integrations under lock and key. However, more information will begin to emerge as the 6-DoF headset becomes available to developers at the end of this year.

Then, in April of 2021, the system opens up for consumers to buy. Huawei hasn’t commented on what regions the VR headset will be available for purchase, but you can bet that an innovation as powerful as this one will have high demand.

Keep your eye out as more information emerges in the coming months. Happy VR gaming! 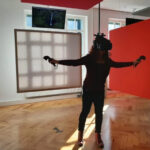 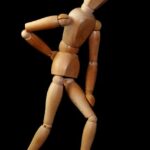