Social VR Is Becoming The New Way Of Communicating

Currently there are 4 ways that we communicate with other people. We write, call, have a face to face meeting or do some video chatting. The next step in communicating will be virtual communications.

Mark Zuckerburg showed a virtual reality demo of Facebook at Oculus Connect. While this concept maybe sounds strange for the moment, it doesn’t if you think about the following. We all know how annoying video interviews are. And it is proven that only a cartoon is already enough for us to connect with the person opposite to us.

Currently there are already some social virtual reality spaces, such as: AltspaceVR, Bigscreen, RecRoom and vTime. Those parties are already experimenting with social Virtual Reality space. Some of the things that you are able to do there are playing boardgames, journalism, concerts, comedy nights, paintball, presentations and karaoke. And yes karaoke is in virtual reality as bad as that it is in real life.

If we are already there with social Virtual Reality space. Where will this go in the future? Currently, video conferences aren’t really comfortable for most of the people. Camera is pointing not at your face and in the mean time you can do something else on your laptop. VR conferences should solve this. Other benefits are that it saves time and money, improves collaboration, ‘greener’ meetings, and greater immersion.

Social VR is so powerful because of the greater immersion that you have in comparison with other non face-to-face meetings. Besides, you represent yourself in the virtual space where on other platforms you can be anonymous. The last thing is that it is semi-private.

Now is there the concern that VR would make us anti social. Well, here is an interesting aspect about VR etiquette:

In the past it was possible as a character in the VR world to walk through other people. However, people reported that they felt very uncomfortable if other characters came to close to them. So they came into their personal space. Now it is possible on some platforms to activate a bubble around you and other characters cannot walk into the bubble. In this way you are able to protect your social space.

I really believe VR can be the next big thing in social communication. I have seen the first presentations be done in VR worlds with full body tracking present. Facebook has announced to invest more than $3 billion in the next decade in VR. And a lot of other companies will invest in VR as well. The only question is when will I have my first VR conference and VR meetings. 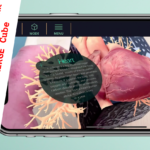