Tomorrow House Flipper VR releases on Steam to bring the oddly addictive and strangely therapeutic experience of renovating and decorating a house to VR headsets. This time, without the mess and physical labor.

Outside of VR, House Flipper is one of the most popular “menial task, but addictive in a video game” simulators out there with over 28,000 user reviews on Steam granting a ‘Very Positive’ consensus. Joining the ranks of titles like VRKShop and, to a lesser degree, Job Simulator, House Flipper VR looks quite peaceful and satisfying.

Interestingly, ‘HouseFlipper VR’ is already on the Oculus Quest from the same publisher, but it looks like a dramatically lower quality version based on the screenshots. The PC version appears to be closer to its non-VR counterpart.

The biggest differences between the VR and non-VR version are how much more interactive it is in VR. Instead of clicking objects to clean them you’ll have to actually move your hand and arms more realistically. It should still be a lot less work than actually renovating a real house, though.

Personally, my wife and I just sold our home. It didn’t involve any renovating or flipping, just packing and moving, but we’ve always enjoyed watching house flipper shows on HGTV and other channels. There’s an odd burst of dopamine when you watch other people do all the hard work while you sit back, relax, and watch the before and after shots. The drama in between is just an added bonus.

House Flipper VR is coming to Steam with support for Rift, Vive, and Valve Index. We’re not sure of the price, but we’d expect $19.99 just like the non-VR version. Let us know if you have any questions or thoughts on House Flipper VR down in the comments below! 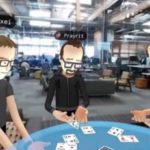 Social VR Is Becoming The New Way Of Communicating 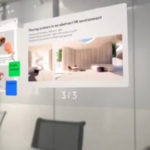