Tilt Five, the startup behind the eponymous AR headset for tabletop gaming, today announced it has secured $7.5 million in Series A funding.

The funding round was led by SIP Global Partners with participation from BITKRAFT Ventures, Galaxy Interactive, and games industry veteran Ken Birdwell, who is known for his previous work on the Half-Life series at Valve. Jeffrey Smith of SIP Global Partners is said to join Tilt Five’s board of directors.

The company says its Series A will be used to hire additional employees, build partnerships, and expand available content.

Founded in 2017 by Jeri Ellsworth, Tilt Five launched its Kickstarter campaign late last year hoping to attract $450,000 to bring its AR headset to life. Within only 24 hours Tilt Five was fully funded, going on to garner over $1.7 million throughout the month-long campaign. Including current pre-orders for the AR headset, this brings the startup’s overall funds to nearly $10 million.

Tilt Five uses a similar projection-based technology to Ellsworth’s first AR headset system, CastAR, which attracted $15 million in venture funding before closing down in 2017. Similar to CastAR, Tilt Five includes AR glasses, a special retroreflective game board, and a 6DOF wand controller—all of which is made to work with multiplayer interactions in mind, both local and online play.

Tilt Five’s tech isn’t based on the same sort of wave-guide optics as conventional AR headsets though, which gives it a few important benefits over conventional designs; the headset actually projects the image via two head-mounted micro projectors and tracks the wand controller via inside-out sensors.

This allows Tilt Five to achieve a reported 110-degree field of view, which is far and away larger than HoloLens 2, Magic Leap 1, or even the Nreal Light headset. Also, because it relies on PC, tablet, or smartphones to drive the experience, it only weighs 85 grams. Still, it’s limited to the playspace of the special gameboard, however judging by the startup’s early crowdfunding success, it’s clear there’s plenty of tabletop gamers out there looking for a more immersive experience.

“Tilt Five was founded on the idea that we can bring family and friends together to play in the real world, enhanced with the magical capabilities of immersive 3D technology,” said Jeri Ellsworth, Tilt Five CEO. “While the tech giants invest billions in far-off solutions, this investment expands our ability to deliver on a proven set of technologies resulting in an affordable, social and wearable device.”

Tilt Five says it’s ramping up production now with the intent of shipping kits to Kickstarter backers and pre-order customers over the next two quarters. It’s base model kit currently available for pre-order, Tilt Five XE, includes a pair of AR glasses, a game board and single wand— priced at $359. Larger format kits including three AR glasses, three wands and a gameboard, are said to arrive sometime next year. 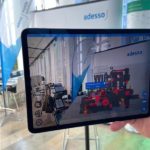 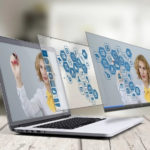