AR has acquired a foothold in educational settings, particularly in developed countries, as an alternative solution to conventional learning experiences as it provides students an immersive, three-dimensional atmosphere with real-world characteristics.

In this new age world where the business landscape is constantly shifting, demand for new technology is skyrocketing. The majority of business operations in 2020 are dependent on technology to operate, these technologies are also constantly evolving to make operations more efficient. One such example is Augmented Reality (AR), which is rapidly emerging as an innovative force in multiple sectors like healthcare, manufacturing, education, automotive, military, retail, gaming, and real state. With the help of AR, businesses are trying to discover new ways of leveraging the digital world to improve the physical world.

Augmented Reality systems are used to bridge the gap between the virtual objects and the real world by superimposing digital illustration on a user’s view in the real world.

In recent years, the education and healthcare sector has seen a significant increase in the use of Augment Reality. Looking at the pace of uptrend in technological advancement, it won’t be wrong to say that AR has a high probability to be the future of pretty much everything.

Augmented Reality in education can soon impact the traditional learning process. AR has the ability to adjust the position and pace of studying by enabling the implementation of new and additional forms and methods. This technology can make classrooms more interactive and more comprehensible. In the classroom, teaching with the help of AR can turn an ordinary class into an interactive experience. Recently, AR in university education has also been widely studied from different perspectives.

AR has acquired a foothold in educational settings, particularly in developed countries, as an alternative solution to conventional learning experiences as it provides students an immersive, three-dimensional atmosphere with real-world characteristics. Besides, this helps students not only encounter the sensation of being present in the world and the opportunity to communicate and objects within it but also to identify elements that respond to behaviors that are not inherently those of the individual. AR has shown to be very useful in studying architecture and healthcare. In a small survey about AR, few architecture students were asked about it and the observations showed how 3D modeling technologies, together with AR can make complex classes of structure more accessible and understandable. In these cases, the resources of AR technologies allow the development of interactive technologies. In combination with immersive applications, the 3D environment rich in data allows easy identification of construction techniques. In medical studies, it makes the teaching of anatomy more engaging and can show layers of the human body without any live example. Surgeons can practice risk-free surgeries without making an incision on the body of the patients.

It is not just limited to medical and architecture but AR covers pretty much every field of study including computer science, history, mathematics, etc. Looking at the current scenario in different fields and its benefits, it is estimated that the global augmented reality market is anticipated to grow noticeably to about 198 billion dollars by 2025. With such significant growth, it makes sense to consider how AR can benefit our daily lives. Another benefit of AR is that it does not need any kind of hardware to perform basic tasks, therefore it can run on smartphones using a dedicated app for the specific category. According to a recent survey, 95 percent of American teenagers have access to smartphones which makes it easier to implement AR for teaching as students are already familiar with the latest technology and can even access basic AR functions on their smartphones without any dedicated device.

The numbers and benefits look appealing in theory but when thinking of AR as the future for education, the significant disadvantages, setbacks, and challenges of this technology can’t be forgotten.

These are few intricacies that act as significant hurdles when it comes to catering to everyone in society. In a world where millions of children still don’t have access to education, providing AR as a tool for better education can be a tough task. Setting up this technology in a developed nation or a Tier I city of a developing nation will be relatively easier. But the same task would take considerably more resources in an underdeveloped country or even in a Tier II city of a developing country.

Usability issues have been identified because students find AR confusing and challenging to use, face technological problems when using an AR app because of computer features such as a limited screen, network speed, or battery power. Some studies have also identified student distraction and cognitive overload as downsides to using AR technologies.

Due to these barriers, teachers and students do not want to incorporate AR in education.

As discussed in the above disadvantages section, AR devices and services can be pretty expensive. If a school or university decides to set up an AR service, they would need a few necessary components even if they are already equipped with smart classrooms.

If the institution has smart classrooms, which include smart and interactive boards and projectors, they would need to incur the cost of applications. But if the existing devices are not compatible, they would also need to update the existing devices. On the other hand, in the case of schools or colleges which work in a traditional way then everything would need to be built from scratch.

Moreover, since AR is still a new technology and is constantly evolving, its services and devices would require regular updates which would add to costs.

AR technology has been around for only a few years which makes it a fairly new concept and not a lot of people have detailed knowledge about its functions. So one of the significant challenges faced by AR technology is the overall level of consumer awareness. 35 percent of the people in the age group of 14-34 know about AR but this figure holds just for the UK and US, the percentage might drop significantly in other places around the world.

Lack of awareness can also be a big factor contributing to people’s reluctance in using it over the traditional way of working. Although it is relatively better known among the younger generation and they always have a front foot when it comes to accepting new technologies but, in most cases, people are still mesoneist about it.

The necessity to stay up to date is generated by constant and quick improvements in technology, minimal continuity, and improvements in computing platforms. In some cases, inadequately-qualified educators or adverse attitudes and lack of requisite technological competence to work with AR applications fail to do so and the social need for productive professionals generates the need for continuous training.

In the majority of cases, the curriculum also lacks flexibility which is not supported by the pedagogy, and hence the friction occurs.

AR technology has been gaining steam since the last decade. According to Statista, the expenditure done on AR globally by end of 2020 is USD 18.8 billion. However, the money spent on AR by every county is not just to leverage it in the field of education, as the technology comes in handy in a large array of other sectors. But will AR be an evident future for education in the coming decade?

Let us divide the countries as developed, developing, and underdeveloped to measure the scope of this technology around the world.

The AR technology has shown linear growth in terms of expenditure on R&D and expenditure by consumers since 2015. Looking at the present numbers it is forecasted that between 2023 and 2025, AR will cover a major chunk of the market share prominently in the developed countries. In most parts of the developed countries like the United States, China, and Europe, AR is being used to some extent in multiple fields including military, medicine, marketing, and others. Looking at the market penetration, the probability of AR becoming the future of education is higher and can be achieved by the developed nations by end of 2030.

Developing countries like Bangladesh have a very different education system. The primary schools are highly subsidized and there are significant complications in the education system, a research by DPE (District Primary Education program) concludes that 70 percent of children are unable to write and read and perform basic calculation due to their curriculum structure.

On the other hand, the learning segment in India is more focused on the assimilation of data without understanding. The education industry is focusing on producing more graduates but the skilled resources are comparatively low due to the lack of quality and practical knowledge. Similarly, other developing countries face issues with the quality of education. In such a scenario, setting up AR technology to increase the efficiency of the education system will need considerably more resources compared to developed countries as significant costs will incur in building the infrastructure from scratch and training the teachers and students.

If SDG 4 is achieved by 2030 and the idea of making AR the future of education is incorporated, it would not be a long road for the developing nations that only lack at a few corners.

The countries that have less than $1000 per capita income are considered underdeveloped, countries like Afghanistan, Cameroon, Angola come under this category. The estimated adult literacy rates in these countries are way below the international level, primarily due to the slow pace of economic development. One of the major reasons for setbacks in countries like Afghanistan is the lack of accessibility of education among females. The other problems include lack of infrastructure, funding, and educated instructors. Various stakeholders, development banks, and governments are constantly working to tackle these problems which also fall under SDG 4. These countries need significant interventions to fix their education system and integrating AR in the sector is still a far-fetched dream that will most likely take a few decades. 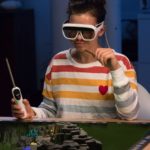 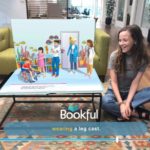