As Facebook moved to require Facebook accounts to be used with Oculus headsets, the company also updated and expanded its VR policies which now dictate rules around “personal space” and “sexual gestures”.

Facebook’s expanded VR policies, updated this week just ahead of the launch of Oculus Quest 2, make it clear: behavioral etiquette in VR is not up to the community, it’s up to Facebook. And that means that doing something like intentionally invading someone’s personal space or making rude gestures may result in platform-level punishment that limits or disables the use of your headset.

Facebook’s newly updated ‘Conduct in VR Policy‘ highlights that you should not “harass or bully other users” by “invading personal space without consent,” nor should you “conduct yourself in an offensive or abusive way,” including making “sexual gestures.”

Repeated of flagrant abuses of the rules can result in suspensions or outright bans, which fully revoke your ability to use your headset. These rules apply in everything you do in the headset, whether you’re playing a social VR experience, a competitive multiplayer VR game, or even streaming a single player experience for others to watch on Facebook Live.

I’d like to be clear: I agree with the spirit of the ‘Conduct in VR Policy’. VR shouldn’t be a place where people are harassed or bullied.

But I do not agree that broad, behavioral policies handed down from on high are the right approach to creating such an environment. Corporate proclamations about people’s personal space and offensive gestures feel wrong—especially for a company which hopes to one day rule over a billion VR users, and subject them to its definition of appropriate behavior.

For instance, if someone comes into a social VR space and starts screaming and ruining the experience of others, the group should be able to vote to kick that users out of the space. Soon enough the offender learns that kind of behavior is unacceptable—not because Facebook said so—but because that’s what other users have deemed inappropriate in that specific setting.

A community-driven approach means that VR etiquette can be nuanced, contextual, and evolve naturally over time instead of being written in stone by a corporation which has its own interests as a top priority.

In addition to updating its Conduct in VR Policy, the company this week finalized changes to its policies which dictate how users can and can’t user their headset; the foundation is now the Facebook Community Standards with an addendum specific to its VR headsets called the Supplemental Oculus Terms of Service. 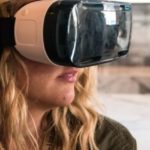 Is VR Bad For Your Eyes? 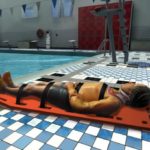