This week Lenovo, championed by Girl Up, the gender equality initiative of the United Nations Foundation (UNF), and filmmaker Ava DuVernay, launched New Realities – a project celebrating women through women and technology to showcase and solve global social issues and drive empathy.

„I was honestly blown away by the stories of these ten young women. I was not sure what to expect, going into this project. Still, I was truly amazed by the power to drive change these women have shown,“ said Dilip Bhatia, Lenovo’s Chief Experience Officer during our conversation about New Realities.

Captured over the last four months using 360-degree storytelling, New Realities records the experience of 10 women in 10 different countries (Brazil, China, France, Germany, India, Italy, Japan, Mexico, the UK and the US) who are using technology to support a social cause, create thought-provoking art and music or help their community with the services they need the most.

In addition to providing a platform to these young women, Lenovo – in partnership with Girl Up – funded $100,000 in grants to help them pursue fields of study that align with their goals. The participants also had access to technology from Lenovo, and other resources from ARRAY and Girl Up. The young women received mentorship through a newly created Global Ambassadors Program – featuring mentors hand-selected by Ava DuVernay’s team at ARRAY. „The mentorship was created as part of a vital effort to empower the next generation of women leaders. I applaud each of these young women for sharing their stories with the world through Lenovo’s New Realities. At such a pivotal time in our world’s history, it is imperative that we hold hands and march toward a more inclusive society where all are valued and embraced,“ said Ava DuVernay in a statement.

Aisha Coulibaly, the young woman who took part in the project in Italy, shared her experience as the daughter of an Italian mother and an immigrant father from the Ivory Coast. Growing up in Italy, facing the challenges of being different and learning the power of activism from her father led her to continue her dad’s fight to achieve a better world for immigrants by co-founding Mygrants in 2017. „The way my father drove change was effective at the time,“ Coulibaly told me, „but I knew I could achieve more by engaging technology and storytelling. Protesting is good but I wanted to see a clearer outcome, one that made a difference.“ She explained that her startup created a platform that maps migrants‘ skills, interests and backgrounds with potential job opportunities. Beyond helping with their career, Mygrants offers support with information on fundamental rights and duties and the asylum system process and personal growth focusing on education and skills.

Lenovo’s New Realities is a project celebrating women through women and technology to showcase and solve global social issues and drive empathy. LENOVO

Storytelling is a powerful skill in driving understanding and empathy among the broader population, explains Coulibaly, when talking to politicians, however, facts and data have the most significant impact. Facts that point to the need Italy will have between now and 2060 of 40,000 migrants to reduce the costs linked to retirement and health while the number of young Africans reaching working age will be double that of the rest of the world, which means that immigration will be a natural occurrence. On the back of this project, the startup hopes to move their upskilling practices to Africa so they can match the skillsets and talent needed by the corporations they are working with and relocate people more easily. Ultimately, they would like to see an immigration status based not on what migrants endured in their country of origin but rather on their intellectual and skillset level. In this way the conversation is on what they can do rather than what was done to them.

The challenge of growing empathy that Coulibaly mentioned is a recurring theme in a new study conducted by Lenovo leading up to the New Realities project. „Of the 15,000+ global respondents in 10 countries around the globe, two-thirds state that technology has made people more empathetic towards different viewpoints in their communities as the COVID-19 pandemic continues,“ said Dilip Bhatia and he added, „I am a technology optimist at heart. I see the positive impact of technology, but I also see some of the challenges we face with online bullying and technology overuse. There is no question that it behooves Lenovo and all technology companies to do the right thing and to help address some of the societal issues we are facing today.“ The study conducted by Lenovo shows that consumers agree with Bhatia, as nine-in-ten global participants (89%) believe tech companies need to change in a post-COVID-19 world to use their tech to help address major societal issues

During the pandemic, respondents to the study reported a change in the relationship they had with technology, with 79% of them saying they felt more comfortable with their personal tech capabilities than they did before COVID-19, with another 79% believing that they will be more appreciative of technology overall from now on. The vast majority of respondents (73%) also believe technological advancements have a positive impact on young people’s ability to engage with major societal issues.

The younger respondents in the study (76% of Gen Z and 71% of Millennials) agree that they grew more empathetic towards their communities during the pandemic and could put themselves in other people’s shoes who have very different lives to them.

The young women who took part in the project are excellent examples of the role the younger generation wants to play in making a difference like Kemi Dauda, the American young woman who took it upon herself to help students who, like herself and her peers felt “abandoned and forgotten.” Based on her app developer experience, Kemi knows that technology has an important role to play in reaching more people. She created a non-profit organization called Bringing Back Hope, focused on helping young people broaden their own future outlook by providing the guidance and training many aren’t getting at school.

Storytelling and the power of immersing yourself into the story through virtual reality is certainly a powerful way for people to experience a reality that whether near or far is foreign to them. Technology can certainly create a bridge, but it is human ingenuity and grit that will make a difference and the 10 young women of New Realities sure are the proof of that. 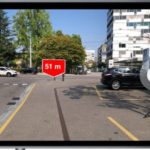 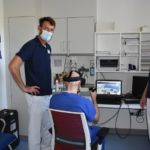