As in videogames, VR creates an immersive experience. Corporations are starting to use that to build the work ties lost during the pandemic

As coronavirus lockdowns drag on, IT leaders are feeling hard-pressed to keep collaboration fresh among their remote workforces through video chat and other digital tools.

So some are turning to virtual reality. Fidelity Investments Inc., the financial services firm, has been exploring how virtual reality could be used to build workplace relationships among new employees working remotely. In May, it shipped brand-new virtual reality headsets made by Pico Interactive Inc. to more than 140 employees in its operations division. The workers were either new to Fidelity, or had recently moved into an operations role.

The goal was to replicate some aspects of a new-employee training program that would normally have happened in person in Boston over two weeks.

“We were able to use that visceral and collaborative element of virtual reality,” said Adam Schouela, head of emerging technology at the Fidelity Center for Applied Technology, which tests and evaluates cutting-edge technologies. “When you can’t be physically together, there is the element of, the sense, that we’re there.”

Half a year into the lockdowns, companies have had to look more closely at the growing needs of their remote workforces.

“The pandemic has raised the importance of companies’ ability to engage, communicate with and enable workforces,” said Mark Foster, a senior vice president of services at International Business Machines Corp.

As many are discovering, videoconferencing can only go so far. Virtual reality, in contrast, promises an immersive experience, which has made it a perfect fit for videogaming. In VR, users wear headsets that allow them to see and interact with digital environments. Movements, such as turning one’s head and raising one’s arms, correspond with the movements of the person’s chosen avatar in the digital world.

That very feature has attracted corporations as they look to VR as a way to mimic real-world collaborations lost because of the pandemic.

In May, the new Fidelity employees participated in team-building exercises, games and some training with the VR headsets.

Starr Redic, a financial operations senior associate at Fidelity, was able to escape the confines of her kitchen in Durham, N.C., and go on a scavenger hunt with some of her colleagues at a cabin, where she saw snow falling outside the windows in the virtual world.

She also joined about 30 of her co-workers in a virtual stadium-seating classroom to play a word game similar to Pictionary, in which employees were randomly called on to draw objects on a virtual whiteboard.

“That was quite interesting considering I cannot draw in person, so trying to do it through a VR headset was definitely hilarious,” said Ms. Redic, who had to sketch an umbrella and a bird.

She didn’t get the motion sickness and nausea some people do when wearing the headset. The VR experience kept her more focused than she otherwise would have been had the training been a series of video-conferenced meetings, she said.

“It allowed us to be more engaged and more interactive, and that’s really important considering we’ve been confined to our homes for months,” she noted, adding that she met new colleagues in the virtual world that she still keeps in touch with.

Over half of the over 140 employees who took part in the VR experience said the technology helped them network with peers without being prompted, Mr. Schouela said. 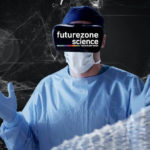 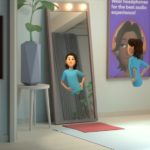 Check Out All The New Quest Social Features