Gustavo Dudamel and the Mahler Orchestra star in ‚Symphony‘, a journey to the essence of classical music to expand its limits. The facility produced will tour Spain and Portugal for ten years.

From the Liceu to the interior of a violin. From playing in the middle of the orchestra to the luthier’s workshop. And a tour of the galaxy. All with Gustavo Dudamel as a cicerone and right there, one meter away, conducting the Mahler Chamber Orchestra as if he were in a trance, in another place, possessed by Beethoven’s symphony. To the sides (and, if you turn, behind) are the musicians, very serious, with precise and perfect gestures, absorbed in another world. That’s Symphony , an unprecedented virtual reality (VR) experience that takes the classic one further. And closer to us.

“Music is not just entertainment or an isolated space for an elite”, claims Dudamel, protagonist of Symphony , an ambitious technological and musical project that the Fundación la Caixa started four years ago. At that time, Dudamel had already taken some first (and still timid) steps in the world of VR: in 2015, with the Los Angeles Philharmonic of which he is the principal conductor, he recorded a piece by Beethoven to spread the classical to the streets from the city. For a few weeks, the VANBeethoven van became an extension of the Walt Disney Concert Hall stage: the audience would put on glasses and appear seated in the stalls. «It was a germ. This is on another level, ” warns Dudamel.

VR level 2: Symphony is not a concert, nor a short, nor a game , nor an installation. “It’s a journey of discovery”, launches Dudamel, one of the best conductors of the moment, who likes to experiment with new formats. Symphony begins in a movie theater with a panoramic film without words, only soundscapes: the Mediterranean, New York and a coffee plantation in Colombia. All environments correspond to a musician from the orchestra.

Afterwards, they proceed to the VR room, with auditorium seats equipped with glasses and headphones [they are disinfected after each use]. What Dudamel calls travel is the decomposition of music into its essential elements, both the sounds and noises of nature (or, by default, the city) and the basic elements that make music (the wood and metal with which instruments are built). A bit like the so-called Golden Record that NASA launched in the Voyager probes in 1977: that disk designed to explain and summarize what Earth is to extraterrestrial civilizations. «There was a compendium of sounds of the planet: thunder, the sea, birds … And 90 minutes of music that begins with Beethoven’s Fifth Symphony. And I asked myself: ‚To tell the Earth to an alien, what defines us the most is Beethoven?‘ “, Explains the director and screenwriter Igor Cortadellas. That’s where the Symphony narrative was born. Beethoven is joined by Gustav Mahler and Leonard Bernstein’s Mambo from West Side Story.

If that first symphonic experiment in VR was rehearsed in Los Angeles, Symphony will reach the entire Iberian geography in an ambitious 10-year tour. It begins in Barcelona – it will remain until October 8 at CosmoCaixa – to continue touring in Santander (October-November), Valladolid (November-December) and Madrid (December-January). So until reaching a hundred cities in Spain and Portugal. The Fundación la Caixa estimates around 200,000 annual visitors.

Although it is a great technological project, Symphony “has the delicacy of a small music box”, considers Cortadellas, who has worked with the Visualise studio to create the universe in 360 degrees. Because now we can go inside the music box. 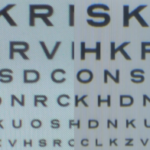