With the revelation of Quest 2, Facebook has quietly knocked down the entry price for its business-focused version of the headset.

Facebook only just made its Oculus for Business program openly available back in May, which basically let anyone buy a business-focused 128GB version of the original Quest for $1,000. That’s double the price of the consumer version, but that comes along with specialized software, licenses, and support for enterprises.

Now less than four months later, Facebook has brought the entry price down to $800, which now includes the 256GB version of Quest 2—again, at double the price of the same storage option available to consumers.

Like with the original $1,000 Quest for Business, this comes along with the need to sign up for a subscription to the company’s enterprise-grade software and support, which is renewable annually for $180 per year—first year included with purchase. That includes backend management software so a company can manage a fleet of Quest headsets with things such as deploying and updating apps, managing settings, and monitoring headset status.

In addition to the new hardware, Facebook has assembled a fleet of independent software vendors (ISVs) specializing in areas such as 3D modeling, product design, employee training, data visualization, and remote work applications—all of the sort of fields enterprises may look to address with an immersive headset.

It seems with the entry of Quest 2, Facebook is renewing focus on the platform’s potential use as a work and productivity tool. The company announced the release of Infinite Office, a collection of software tools which may make working in VR easier and more natural, with things such as variable Passthrough and support for a mixed reality keyboard of sorts, which lets you see and type normally while in VR.

Whether Infinite Office makes its way to the Business (with a capital ‘B’) version of the headset or not, it’s clear Facebook is pursuing enterprise applications for its platform with a hardened resolve that, if its competition doesn’t watch out, may make a Facebook-built headset the only logical choice for companies looking for a VR solution in the near term. 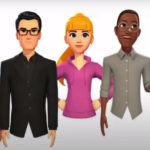 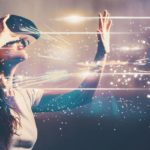