Facebook plans to improve its Horizon & Venues avatars and roll them into a new Avatars SDK to replace Oculus Avatars.

There’s no timeline on when that will happen. For now, Facebook is just showing a single image preview of this new avatar system:

It’s apparently an evolution of the current Facebook VR avatars used in Facebook Horizon and the beta for the new Venues. Staffers working on the project include former Pixar animators.

That means you’ll have a consistent virtual avatar across built-in Facebook social apps and any 3rd party apps using the SDK. Platforms like Bigscreen, VRChat, and Rec Room use their own separate avatar systems.

At UploadVR we use the current Oculus Avatars for our weekly from-VR podcast, as well as virtual interviews. Oculus Avatars was first introduced with a highly abstract monotone style following a “don’t show what you aren’t tracking” philosophy- realistic human appearance without realistic human motion can creep your brain out.

With the release of Oculus Go in 2018 Facebook brought in color, and last year the avatars got a huge update with neural network estimated lip movement, simulated object-based eye gazing, and microexpressions. Some of this core technology appears to have transferred over to Horizon, though in our experience the lips don’t move quite as authentically yet.

Facebook said you’ll be able to use these avatars in its non-VR smartphone apps one day too, presumably including Messenger, which is coming to Quest. 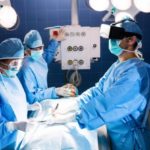 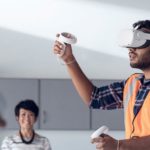