It’s been a while since we heard about Modbox, the Early Access game creation suite for AR and VR headsets. Now the long wait is over, as the Modbox 2.0 update is here, which arrives free to all owners of the original version.

One of the biggest additions to Modbox is the new desktop editor, which allows you to build from outside of the VR headset, making it more of a comfortable experience for longer building sessions. A visual scripting system is also there for anyone who doesn’t want to delve deeper into the creation suite’s visual code text box.

“The reason this has taken years to develop is because we needed to be able to create our own unique game experiences with it before it was worth releasing,” Alientrap’s Lee Vermeulen explains. “Developing the scripting language and VR tools took 4-5 rewrites to make them accessible for non-coders and powerful for creating multiplayer co-op experiences.”

Alientrap says a free version of Modbox will be released at some point in the future, which will allow anyone to play community creations. It’s also slated to arrive with limited creation tools, which ought to hook new users. Notably, there aren’t any plans for micro-transactions here, the studio reassures us.

If you own Modbox already, you should have the 2.0 update queued for download. If not, the Early Access game is priced at $12.74 on Steam, an absolute steal for anyone looking for a set of powerful VR-native creation tools. 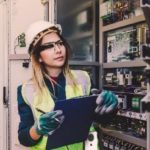 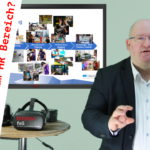