– Google Maps has its own AR solution, but you can’t use it for navigation unless you’re a pedestrian

Driving through a complex six-lane interchange might be less of a headache if you had someone showing you where to change lanes. Now that’s possible. A new feature from map app Gaode offers augmented reality navigation to try to make driving a little less stressful.

AutoNavi, the owner of Gaode, announced the new AR feature late last week. According to promotional images, the app gives users a view of the road using the camera while overlaying it with signs, instructions and warnings.

To make the feature a reality, Gaode has been cooperating with the Alibaba Damo Academy’s Vision Lab. Like the South China Morning Post, AutoNavi is owned by Alibaba.

The app, also known as Amap, is supposed to be smart. The new AR feature recognises objects in the surrounding environment, including passing vehicles, pedestrians, lane lines, traffic signs and traffic lights, the company said. The feature also has driving safety assistance, which offers vehicle distance monitoring and warnings for things ahead like potential collisions, traffic lights and pedestrians.

AutoNavi says that the feature is currently supported by a limited number of Android phones. The company added that support for iPhones and other brands will be available in the near future.

US tech giants have their own AR navigation solutions, but they’re not available for drivers yet.

In August last year, Google rolled out Google Maps Live, which offers AR walking directions to owners of its Pixel smartphones. Like the Gaode feature, Google Maps Live gives pedestrians arrows to see where to go when they look at the street through the phone. 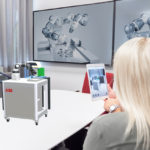 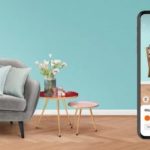