This inaugural version of the app remains free to use, though users will now have to agree to Adobe’s terms of use. Medium is mainly concerned with making 3D sculptures in VR. In fact, today’s update also brings with it some big improvements, like importing existing projects into new creations and adding Free Layers. If you want to keep Oculus Medium, make sure not to update the version of the app as you have it.

What’s unclear, though, is where Adobe will take the project from here. Most of Adobe’s software suite includes premium features and products used for mostly professional cases. Medium’s spatial 3D modelling could definitely have big advantages in this space, but we don’t know if Adobe will eventually charge for any portion of the app, or if it might come to other platforms. For now it’s still only available in the Oculus Store.

In a tweet following today’s news, John Carmack noted that, while many projects under Oculus had often adjusted “Medium was able to just steadily increase in value for their focused user base.”

Medium was one of two VR art apps Facebook introduced when it launched the Oculus Touch controllers in 2016. The other, Quill, was run by the now-defunct Oculus Story Studio, but Facebook continues to maintain the app and artists continue to release work from it, including on the Oculus TV section of the Quest (though the app itself isn’t on the platform).

Are you going to be checking out Adobe Medium today? Let us know in the comments below! 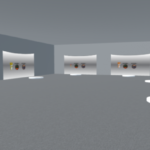 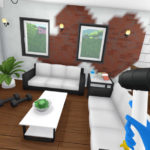 Live Out Your Home Renovation Dreams With ‘House Flipper VR’