Facebook today announced that its Oculus for Business program is finally openly available. The program, which was announced more than a year ago, was slow to roll out as Facebook dealt only with a small number of select partners. Now any business can purchase the $1,000 business-ready version of Quest.

The consumer version of Quest (128GB) starts at $500 and is largely designed for gaming and entertainment. For businesses wanting to tap into Quest’s portability and ease of use for things like training, data visualization, and remote collaboration, Facebook’s ‘Oculus for Business‘ program charges $1,000 for the same Quest (128GB) headset, but includes specialized software, licenses, and support for enterprises.

Facebook had touted the program for some time, but it remained available only to select partners. Today the company announced that it’s opening the program up to any business.

In addition to a different interface inside the headset—which does away with many of Quest’s consumer-oriented features—the bigger deal is the backend management software which will allow a company’s IT department to manage a fleet of Quest headsets. From the management software, IT can configure headsets, deploy and update apps, manage settings, and check the status of all headsets in the group.

Facebook says that the Oculus for Business version of Quest works with major mobile device management programs like MobileIron and VMware Workspace ONE, making it easy to manage headsets through existing enterprise systems.

Oculus for Business also operates an ISV program which Facebook says has more than 400 VR solution providers which can offer existing applications to enterprises or work directly to build custom software and workflows for businesses that don’t plan to do in-house VR development.

The Oculus for Business program is almost entirely focused on Quest; the Oculus Business management software isn’t compatible with the company’s other headsets (Rift and Go) and those headsets don’t get a specialized interface for enterprise usage. Although Facebook offers volume purchasing of Rift and Go through the Oculus for Business program, for all intents and purposes the company is selling the consumer versions of those headsets for business use, including the consumer warranty and consumer support.

“As we’ve been developing and testing the platform based on key use cases for enterprise customers, it’s become clear that Oculus Quest, with its high-end graphics and fully immersive capabilities, is the best solution for most business VR needs,” reads the Oculus for Business FAQ. 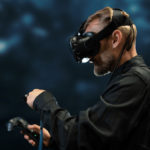 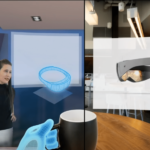