As well as a number of other features.

Current worldwide events are forcing companies to not only rethink how they announce and promote their latest products but also working together when travel becomes less of an option. There are a number of virtual reality (VR) collaborative tools that can be used by teams across the globe, one of which is Glue. Today, Glue has announced the launch of its next-generation platform, adding new features including support for Oculus Quest.

Adding Oculus Quest support for apps is becoming a de facto standard due to the device’s popularity, ease of use and relatively low cost. Glue is all about a shared virtual workspace, where colleagues can discuss, plan and create in a similarly natural way to being in the same physical office. Having a wireless headset only helps make that endeavour more seamless.

“Given growing travel uncertainties, new cost-saving imperatives and the climate emergency, the need for remote collaboration tools that truly emulate the experience of being face to face with others has never been greater,” said Jussi Havu, CEO, Glue Collaboration in a statement. “Traditional audio and video conferencing tools fall short in providing such an experience as they lack true human presence and effective co-creation tools. Glue is a powerful alternative, and our new release provides the most feature-rich virtual environment yet for effective remote collaboration in both real-time as well as asymmetrically.

Unlike consumer social apps like VRChat or AltspaceVR, Glue is entirely enterprised-focused, corporations like HP, KLM Royal Dutch Airlines and Microsoft have used the software. As such Glue charges various monthly fees depending on the number of users. To allow companies to get a feel for the new platform, if they sign up for a demonstration of Glue before the end of March 2020 they will qualify for a free two-week trial. 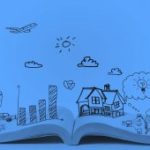 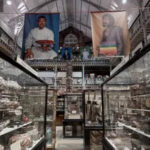