Daniel Beauchamp is Head of Virtual and Augmented Reality at Shopify. He’s also an avid VR developer working on some of the most unique projects for the Oculus Quest using the headsets’ newly-implemented hand tracking functionality. If you take a look at his Twitter, you’ll find a multitude of demos showcasing the wide range of possibilities afforded by hand tracking. This includes everything from finger and shadow puppets to finger-controlled skateboarding.

His most recent project, however, is by far the most bizarre one yet. In a video posted to Twitter earlier today, Beauchamp shows off a proof of concept using Google Blocks in which players use a dismembered hand in order to navigate puzzles. The video shows a POV of Beauchamp stuck behind bars; in the background, a red button sits on top of a desk just across the room. He closes his right hand into a fist, makes a throwing motion, and suddenly his hand flies through the bars and across the room, landing below the desk just shy of the button. Still in control of his severed appendage, Beauchamp then uses his fingers to creepily scale the desk—a rather unsettling sight at first—and make his way to the button which he then activates, opening the cell doors and completing the “puzzle.”

It’s a concept that’s been played around with before in the past. Lucas Rizzotto, the developer behind the award-winning social experience Where Thoughts Go, developed a limb-swapping puzzle experience as part of a 24-hour challenge at MIT hackathon back in 2017. The demo had players changing limbs to navigate various puzzles and enemies, including a flying projectile hand which could be fired at buttons and various other triggers. Still, Beauchamps’ proof of concept appears to be one of the first VR experiences to marry hand tracking technology with detachable limbs. With the right creative mind, who knows what kind of mind-bending puzzles one could create.

As previously stated, Beauchamp has already teased numerous proof-of-concept projects which make excellent use of native hand tracking on Oculus Quest. My personal favorite is a Techdeck-inspired fingerboard experience in which Beauchamp uses his middle and index fingers to control a VR skateboard as he grinds rails and performs heelflips.

For a better idea of what Oculus Quest hand tracking has to offer, check out our post breaking down the top five hand-tracking games you can play for free on Oculus Quest right now. 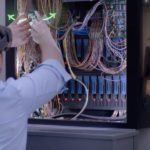 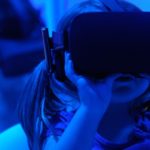