The latest funding round was led by White Star Capital, iNovia and Kakao Ventures, with continued participation from Instagram co-founder Mike Krieger and Zynga founder Mark Pincus. Existing Spatial investors also include the likes of Samsung NEXT, Baidu Ventures, and LG Ventures to name a few.

Founded in 2016 by Anand Agarawala and Jinha Lee, the company’s social AR/VR workspace has since gone on to include support for Microsoft HoloLens 2, Oculus Quest, Magic Leap 1, Qualcomm XR2, Android/iPhone mobile device and traditional monitors.

The company emphasizes the platform’s potential to let knowledge workers seamlessly connect through virtual spaces, thereby replacing the need to travel for meetings and collaborations. Users can chat using more lifelike avatars built through a quick 3D scanning process, open browser windows, and view and manipulate 3D objects as if they were in the same room together.

We had a chance to go hands-on at MWC 2019 last year, and again at CES 2020 earlier this month. Spatial has made a compelling argument for its workspace tech, and while it’s equally early days for the company and augmented reality, it’s clear Spatial is headed in an inevitable direction.

Check out the on-stage demo from MWC 2019 last year to get a better idea of what Spatial is all about: 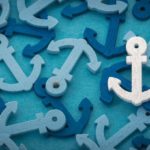