Virtual reality is shaping up as a promising tool to complement athletes’ real-world skills, with a recent study from the University of South Australia demonstrating significant improvement on all performance measures.

Using table tennis as a case study, the researchers assessed the abilities of 57 non-competitive players, half of whom received training through the VR game Eleven: Table Tennis on HTC’s Vive headset.

The participants, 23 of whom were female, were assessed by an expert coach to evaluate their performance before and after the training phase.

Players competed against an artificial intelligence virtual opponent, moving and responding to incoming stimuli while receiving haptic, auditory, and performance feedback in the virtual environment.

In a paper recently published in the scientific journal PLoS one, the researchers said the study adds to a “sparse yet expanding literature demonstrating real-world transfer from VR to sports training”, with table tennis chosen as a case study because it requires many of the visual attention, quick decision-making and fast interceptive skills present in a variety of sports without needing a large play environment.

“Using VR as a training tool is becoming increasingly popular. It’s regularly used by surgeons and pilots to hone their skills and techniques in a safe and controlled environment,” Dr Ancret Szpak, one of the lead authors said.

“For sports, VR opens fantastic opportunities that can otherwise be limited by costs (such as sporting equipment), logistics (such as the need for a training partner), or environmental factors (such adverse weather conditions, or training grounds like ski slopes).”

Players can also use the data gathered by VR equipment to closley log and monitor their performance and development over time, or manipulate the virtual environment in diverse ways.

“Our research shows the potential that VR sports training can have in real-world settings.

“The real benefit is an ability to learn and practice tasks that may be logistically difficult, dangerous or impractical to do in the real world,” Szpak added.

However, given the limited scope of this initial study (the control group didn’t receive any form of training at all after their initial assessment), the researchers are careful to note in their paper that the study only confirms the validity of VR as a training tool in certain circumstances, and further work studies will be needed to compare its effectiveness with other training types.

The researchers also noted that pro athletes might be more attuned to the faults of VR or slow computer processing times compared to the novices who took part in the study, limiting the efficacy of VR as a high-end training tool.

But as a mass-market training tool, anybody could potentially benefit from skills training in VR, co-author Stefan Michalski said.

“In UniSA’s Cognitive Ageing and Impairments Neurosciences laboratory (CAIN) we are beginning to look at using VR to help people with an intellectual disability to build skills for independent living.”

“Our hope is to use VR in this space to further the notion of skill transfer by demonstrating that people living with an intellectual disability can develop social, cognitive and vocational skills within the safe, comfortable and repeatable environment of VR.” 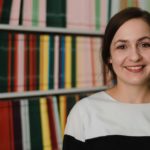 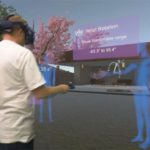