Just a few weeks ago, we wrote about Karuna Labs and the tests it was conducting regarding range of motion in physical therapy patients using VR devices. The findings suggest virtual reality could have a permanent role in treating limb rehabilitation, but Karuna Labs isn’t finished. Its programs are now available through workers’ compensation insurance to aid patients in improving their quality of life after an injury. Currently, they’re being offered at pain management clinics and in trials across the United States. A Karuna Home version is coming next year.

Another option for injury treatment

Karuna Labs aims to give those injured on the job an alternative to medication or surgery with its VR programs. Through real-time position tracking, corrective exercises, and a combination of therapeutic techniques and visuals, chronic workplace conditions can be better treated. These include common injuries such as low back and shoulder pain, and the brain can be re-trained to allow for a wider range of motion. With VR technology, patients also ensure they’re property performing their rehabilitation exercises.

Karuna’s previous studies have shown just how much impact the brain has on the rest of the body. Participants had their limbs mirrored, with each previously suffering from one painful shoulder. When using VR, the non-affected limb was shown to be the painful limb, and had its range of motion reduced. This is despite the fact that there was nothing physically wrong with the limb.

VR can’t be used to treat all physical or work-related injuries, but its use alongside traditional options is encouraging. With any luck, continued research will further help those suffering from chronic pain. This could potentially be without needing to visit a hospital as frequently. Like Karuna Labs’ system, others like Neuro Rehab VR make use of Oculus Quest for maximum ease of use and affordability. 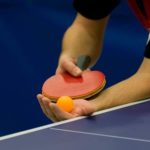 Cloud communication in education ‘driving the new way of learning’