A blend of VR, AI, and human trainers simulate scenarios with challenging conversations so you can learn to be more empathetic quickly.

I’ll admit that when I first heard about Mursion, a company that was using VR and AI to help train humans how to have challenging conversations at work in less than 15 minutes, I was skeptical.

Soft skills are in major demand in the workplace. LinkedIn’s 2019 Global Talent Trends report revealed that an overwhelming majority (92%) of hiring managers say that soft skills are just as important–or more important–than hard skills. But how could interacting with an avatar in a simulated environment possibly train a person to deal effectively in the moment with a jerk boss or a disgruntled customer? Add gaming goggles to the mix, and it seemed virtually impossible.

Then I sat down with Bennett and Linda.

Bennett, a soft-spoken, African-American executive, introduced me to the training program by explaining that I’d be talking to Linda, a manager who was having trouble relating to her team. He told me to just listen actively to her concerns  and ask open-ended questions to learn more about the situation. I was also instructed to see if she understood how her behavior  might be affecting the team, and to try to motivate her to take concrete steps to improve her interactions with her peers.

This, understandably, is a lot for any manager dealing with a difficult employee, but for someone like me who has no direct reports, the potential for the conversation to take a wrong turn and alienate the person seeking help is great.

Bennett tried to reassure me by saying I could pause the dialogue at any time and end the meeting when I felt comfortable doing so. With that, Bennett left and Linda entered the room. She sat down, and after I asked a few questions about how she was doing, she heaved a sigh and started to complain about her teammate. She mentioned how he had a very different communication style, and that he accused her of always yelling at him. Linda also confessed that she swooped in to finish a project after repeatedly asking him where he was at. With a client’s deadline approaching, she didn’t want to take any chances, especially after seeing him yukking it up in the breakroom with their other coworkers.

Linda is clearly a Type A high performer and needs to be met with empathy so she doesn’t get resentful and leave. Fortunately, she was able to honestly assess her own limitations and agreed to try to work on her behavior. That’s when I ended the meeting. Bennett came back in and we went over what went right and what I could do better next time.

It was only then that I remembered that this was role play, these “people” weren’t real, and their situation was hypothetical.

Even though I could clearly see that these were avatars walking around a digitized office, having a VR video chat (in 2D without the VR goggles) with them effectively counteracted my previously jaundiced approach to the training.Why are two-dimensional avatars so skilled at bringing out emotional intelligence in humans? Mursion’s CEO Mark Atkinson says it comes down to the science of plausibility, or “presence,” as the clinical psychologist Mel Slater described it.

“By mimicking the environmental context in which the stressful interpersonal exchange takes place (the factory floor, the hotel lobby, the emergency room in a hospital) and authentically replicating the race, gender, age, and ethnicity of the typical person with whom the stressful conversation occurs (in the form of an avatar),” explains Atkinson, “the brain is tricked into believing that this VR experience is real and, as such, the learner is inclined to suspend disbelief, be their true self, take risks, make mistakes, and learn.”

Another factor that had me believing the scenario was real was the ease with which the avatars talked to me. Although their voices were clearly electronic, their responses were natural and our conversation flowed. Could natural language processing have developed that quickly to make the AI’s dialogue seamless?

Atkinson had an explanation for this as well. He notes that the simulation wouldn’t be plausible if it weren’t for the human-in-the-loop. The AI is enabling conversation indirectly by controlling the avatar’s body language, facial expressions, and lip synchronizations. The AI is trained to do this from large data sets, such as the nearly 500,000 images that go into facial recognition.

However, Atkinson points out that no natural language processing, semantic processing, or other speech-based algorithms are used within Mursion, which sidesteps the need for massive datasets that capture nuances of human conversation.

The human component behind Bennett, Linda, and every other “person” trainees may interact with is a human “simulation specialist” who can play multiple characters at one time, depending on a company’s training goals.

Atkinson points out that all of these specialists have some form of acting background in theater, film, improv, or other forms of performance art. “Improv experience is particularly relevant, as the essence of improv training is around the development of empathy with the audience,” Atkinson says. They must pass a live audition that confirms they can deliver a prepared scenario to Mursion’s standards. The company monitors and scores a percentage of all simulations to continue to ensure that they’re up to snuff. The simulations aren’t scripted, but the specialists have guidelines that suggest how far they can push the trainee, and how to handle the hits and misses they might make.

Because Mursion’s technology is blending real-time intent recognition and rendering, AI, distributed networking, and bidirectional audio/video communication, it’s a challenge to make sure the program can run on devices ranging from the Oculus to the HoloLens to older desktops, laptops, and mobile devices. Atkinson says that while many customers opt for the 2D video conference experience that I had, they do have customers using the fully immersive VR experience. Among them are more than 150 employers including Comerica, LinkedIn, eBay, Coca-Cola, Nationwide, and Best Western.

Travis Smith, Best Western International’s hospitality management trainer, says they’ve used the platform to train approximately 35,000 employees. Before the training, Smith says that the front desk agents didn’t feel empowered to solve guest issues themselves. “Often they reported feeling like they were accepting blame for something that wasn’t their fault,” he explains.

Their training in Mursion’s simulations ranged from five to 15 minutes depending on the size of their staff. It trained them to deal with the chain’s top challenges based on analysis of guest reviews. They were instructed how to always express empathy for the customer, apologize, be understanding of their frustration, and be empowered to take steps to solve the issue immediately, says Smith.

Best Western’s plan is to periodically use the simulation again to reinforce what was learned as well as make it a part of onboarding new employees since Smith says hospitality positions face significant turnover.

If you’re wondering how much something like this costs, Atkinson says Mursion customers pay $3.35 per minute for simulation delivery that varies in length from seven to 15 minutes. “Since the skills that Mursion works with clients to develop are behavioral in nature,” Atkinson adds, “they require multiple simulation sessions to master, and they ultimately require periodic follow-up sessions to maintain.”

He points out that two earlier studies from the Bill and Melinda Gates Foundation found that as few as four Mursion simulations can change teacher practice in the classroom. The workplace can be just as full of disparate personalities and communication styles as the classroom, so managers may need several sessions to master the soft skills needed to deal with a host of situations.

But Atkinson says there is plenty of work to be done to continue to develop the technology. “Perhaps the biggest challenge,” he says, “is developing technology that can truly measure the progress of learners within the simulations.” Thanks to the data gathered from all the simulations they’ve banked, they’re working on a way to leverage the human simulator to provide real-time supervisory capabilities to the AI. Says Atkinson, “We think this will finally allow us to measure human behavioral change.” 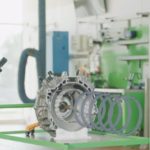 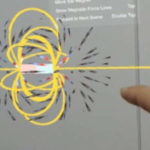