VR: Are you feeling me?

There’s no denying it, events season is in full swing. I was lucky enough to be involved in a really interesting eLN event earlier this month about VR in learning. The morning comprised of four ‘expert’ sessions (a term we all firmly denied!) of which I delivered one. For those of you that couldn’t make it, below is a taste of what I covered.

There’s no denying that these are three key areas to win. But I would argue (and often do!) that VR’s real strength as a tool for learning is its ability to make us feel. It’s this ability to change our behaviour by affecting our emotions that should be at the heart of any business case and VR training design.

In my talk I looked at three examples I’ve come across in the last year where an experience has been designed in a way to make me feel something and doing so has improved its efficacy.

Heliwave was one of the first experiences created when I started at Make Real. It’s an off-the-shelf product designed to help train marshals on the correct gestures to signal to a landing helicopter. When the experience loads, you’re in a tutorial environment that encourages you to practice some of the movements.

So far, so unremarkable. Then I selected ‘start’ on the menu and the experience began. Now I was met with a helicopter on my horizon – I could hear the blades turning while dramatic music rose in the background. Suddenly, I got this feeling in my stomach and I thought ‘I can’t do this. I’m not ready!’

Of course, I could do it, but I was struck by the physicality of this reaction. I’ve worked in learning design for nearly a decade and never before have I clicked ‘start’ on the splash screen of a Storyline course, landed on a menu and thought to myself ‘I can’t do this!’

That’s what makes this experience so valuable. The gestures themselves are simple enough to learn. You could practice in the mirror if you needed to. But learning within the same emotional context means that when you are met with this situation for the first time in real life, you’ll have a much better chance of thinking ‘I can do this. I’m ready.’

I’m working on a VR module at the moment about wind-turbine safety. In the experience, you need to transfer from a boat onto the turbine and climb the ladder before heading inside. As I was storyboarding the experience it occurred to me that when people finished their climb and made it onto the top platform, they’d be able to step off the edge. Although the railings look real, they’re not actually there, so there’s nothing to stop people stepping through them and off the edge.

I was trying to design my way out of this situation, thinking maybe if someone did step off it could fade to black and reset you on the platform – something like that. I thought I’d check in with the developers to see if they’d needed to solve this kind of problem before. The response I got was a resounding: “It won’t happen, people won’t step off the edge.” I kept on, “But what if they do? What will happen?” “They’ll find themselves standing 30m above the sea. It won’t happen.”

They were insistent that people will think that barriers is real and even if it occurs to them that it’s not, they won’t be able to bring themselves to step through it anyway. I saw what they meant, but I was adamant, indignant even. If this was a potential situation, then it was one that needed a design solution. They convinced me to wait to test it before deciding on what that solution should be, which seemed fair.

To this day, I haven’t been able to see what happens when you step off the platform. I know these are pixels created based on image references I’ve gathered. I know that I’m stood in the middle of an office in Brighton encircled by developers looking on triumphantly. But it doesn’t feel like it. So I wimp out every single time.

Again, the actual process is simple and easy to learn. It’s replicating that process safely when put under stress that’s the trick and this experience creates a safe space to practice that.

Those were two examples of content that fit within the traditional mould of how to use VR for training. But in a working day, most of us take plenty of risks and few of them are physical. For me, there’s a mistake that’s often made when defining what subjects are good for VR where excitement, or specifically fear, is equated with emotion.

Fear is certainly a powerful emotion. It’s linked to survival, so our brains are hardwired to have a strong reaction. But that doesn’t mean that subtler emotions such as empathy, curiosity or compassion are less powerful or less likely to change our behaviour.

One of our most successful courses from the last year is one on ‘personal resilience and vitality’. It’s focussed on helping people identify and overcome signs of stress and burnout in themselves and others.

When the experience loads, you move around a breakroom talking to characters and looking for signs of burnout in your virtual colleagues. There’s about to be a company restructure and some people are dealing with it better than others.

The character of Jonathan was created to demonstrate how burnout might manifest in times of change and uncertainty. It’s tough times for Jonathan and dropping a cup of coffee looks like it’s going to be the last straw.

As his background story was fleshed out, everyone working on the experience started to form a bond – we’re all rooting for Jonathan. So much so, that when a new suite of experiences was scoped out, with a new cast of characters, we quickly started discussing how he could stage a cameo. We wanted to signal that everything had worked out for him to give him… or maybe us, closure.

Learners have also had a strong reaction to the characters, and not just Jonathan. People find different characters to identify with and even rally against. It’s been really interesting to see how making bonds with virtual characters has shaped their own unique experience of the app.

For me, this is a perfect example of creating a safe and private environment to take social risks and exploring the emotions that that throws up.

When it comes to considering how VR might add value to your curriculum, the first step is to think ‘what do I want people to feel?’; ‘what emotional reactions are currently hampering performance and when would it be beneficial to practice that?’ When you can answer those questions, you might just have a business case for VR for learning on your hands. 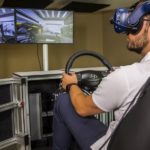 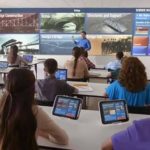