Please use the sharing tools found via the share button at the top or side of articles. Copying articles to share with others is a breach of FT.com T&Cs and Copyright Policy. Email licensing@ft.com to buy additional rights. Subscribers may share up to 10 or 20 articles per month using the gift article service. More information can be found here.
https://www.ft.com/content/2eece242-dddd-11e9-9743-db5a370481bc

I look over the shoulder of the surgeon operating on the patient. He is dressed in scrubs, I am in my everyday workwear. A couple of days later, I sack Barry, a mature office worker I have never met before. It goes smoothly. He sighs. The second time I fire him, he cries. Then I take off my virtual reality headset and go to lunch. Purveyors of VR, in which the user immerses themselves in a 3D digital world, hope that businesses will buy the technology to train their staff. Expectations that consumers would snap up headsets after Facebook bought pioneer Oculus VR for $2bn in 2014, have not come to pass — despite an increasingly competitive marketplace and the falling costs of headsets. A recent report from Stifel, the investment bank, warned that “an inflection in the [augmented reality]/VR hardware market is far from certain . . . we are still waiting for that killing application”. Nonetheless, the International Data Corporation predicted that global expenditure on AR/VR training will reach $8.5bn by 2023, followed by industrial maintenance ($4.3bn) and retail showcasing ($3.9bn), though it was still eclipsed by their forecast for gaming and films ($20.8bn). Software developers hope that training may prove to be a compelling proposition. Already, retail assistants are donning VR headsets to learn to manage the shop floor while surgeons sharpen their skills in a risk-free environment. VR is also being used to develop “soft skills” such as interviewing, giving feedback and presentations. It is ironic that VR technology may help us have a more human touch just as some jobs look set to be automated. These training applications are the latest iteration of digital simulators that reconstruct potentially life-or-death scenarios for the military and pilots. Sam Barker, senior analyst at Juniper Research, sees investment in training as driven by a desire to mitigate “the loss of knowledge from retiring employees and the cost and time savings from having digital training modules that can be rolled out at scale”. This year, the UK’s Network Rail used VR technology to teach employees who assess site safety. It was used to try out different weather environments, situations where there is limited sight of approaching trains and sudden noise.

Please use the sharing tools found via the share button at the top or side of articles. Copying articles to share with others is a breach of FT.com T&Cs and Copyright Policy. Email licensing@ft.com to buy additional rights. Subscribers may share up to 10 or 20 articles per month using the gift article service. More information can be found here.
https://www.ft.com/content/2eece242-dddd-11e9-9743-db5a370481bc

Walmart, the retailer, has distributed Oculus Rift headsets to its training academies. Shop floor staff use it to learn how to navigate the busy throngs of a Black Friday sale, spotting hazardous situations, dealing with crowds and replenishing stock. It is also being trialled in active shooter training scenarios. Walmart has delivered 650,000 modules of training through VR and expects that number to rise to 2m by the end of January. The retailer is enthusiastic about the technology’s potential. Staff are tested on their comprehension after undergoing training and Walmart says the use of VR has increased understanding by 5 to 15 per cent. Oculus Go headsets are also used for in-store training. The appeal, they say, is that the training can be on-demand and repeated often to reinforce the new information. Technical training is a gateway for companies to explore broader applications of VR, says Maria Fernandez Guajardo, director of Enterprise AR/VR at Facebook. “You can test people on how they did the work before and how they do it afterwards. They come back with numbers. Soft skills, like leading a team or public speaking, are harder to prove.” Research into the effect of VR on public speaking has found that users’ confidence levels increase but does not yet show that they become better public speakers. Marianne Schmid Mast, a professor of organisational behaviour at the University of Lausanne, says research shows it is equivalent to traditional role-play training. Typically it is “a self-report of participants [about] how anxious they feel with respect to public speaking and after the training they report lower levels of stress and/or anxiety”. The advantage, she says, is that it is easier to organise an audience with virtual avatars than with real people. They can also practise as often as they like. Ed Greig, chief disrupter at Deloitte Digital, a tech consultancy, says VR can be attractive to employers for all the wrong reasons: because it is the newest tool. “It’s not a closely guarded secret that companies ask for shiny things without thinking it through. The medium is part of the message. If you can say to your employees, we’re using new stuff and making changes to training, that’s part of the message but it can’t be the only message.” It also needs to be part of a broader curriculum. One client, he says, just wanted something to stop people falling asleep. “That’s a pretty low bar to clear,” says Mr Greig. “There is no doubt that quite a lot of corporate training [is set at] a low bar.” VR has a clearer advantage when it helps put the user into someone else’s shoes — a doctor, for example, might understand their patient better, or a manager could more easily see a team member’s perspective. Increasing empathy is not without its problems. As Adam Waytz, associate professor of management at Northwestern University’s Kellogg School of Management, wrote in an article for Harvard Business Review, it may lead to compassion fatigue. “Empathy is exhausting in any setting or role in which it’s a primary aspect of the job.” Done in the wrong way, exercises encouraging empathy may actually reduce it. Prof Waytz writes of a study in which people experienced blindness by wearing a blindfold. “Those who had done the blindness simulation judged blind people to be much less capable,” he says. By making participants experience blindness suddenly and not giving them time to learn to adapt, as blind people do in the real world, the scenario unintentionally reinforced a discriminatory attitude. Jeremy Bailenson, founding director of Stanford University’s Virtual Human Interaction Lab, says we do not demand other medium (books or film) to elicit empathy but we do for VR. Context and the design of the program are key. “Some [applications] increase empathy and others decrease it,” he says. Strivr, the VR company he co-founded, has developed a tool to help customer-facing staff at Verizon, the telecoms company, develop empathy. Before VR training, 59 per cent considered themselves very or extremely confident in dealing with an angry customer. After VR training, that number rose to 96 per cent. Administrators can also analyse a trainee’s recorded speech and movement to help assess the training’s benefit. One area often touted as ripe for VR intervention is tackling bias and harassment: it may help individuals see what it is like to be a different gender or race. VR can certainly be a powerful way to start a conversation and increase awareness about bias and harassment, says Kyle Jackson, chief executive of Talespin, which creates VR applications for business training. “VR by itself will not change these behaviours as they are rooted in deeper issues that require coaching as well as prolonged discussions and investment in behaviour change for any individual or organisation.” Barry, the virtual older worker that I fired, was devised by Talespin to see how emotionally realistic they could make a virtual human, rather than a dress rehearsal for sacking people. David D’Souza, membership director at the CIPD, the professional body for the HR industry, is sanguine. “If I was looking to show my shareholders that I’m doing something about harassment, then buying new technology is a good way of showing tangible investment,” he says. “But if I genuinely wanted to do something about it, then I would need to look at my hiring structures, processes and culture, too. It won’t work in isolation.”

What virtual reality headsets have over computer-based and classroom training is people’s attention. It is hard to get distracted by your mobile phone when your eyes are encased in VR goggles. The problem with conventional classroom training is that people soon forget what they have learnt. VR allows users to repeat and reinforce the lessons with consistent quality as opposed to a rotation of teachers of varying ability. When it comes to role play, participants might feel awkward about acting out embarrassing scenarios in front of their peers. VR offers a non-judgemental place for people to rehearse presentations and hold difficult conversations.

Foto: Purveyors of virtual reality hope that businesses will buy the technology to train their staff © Strivr 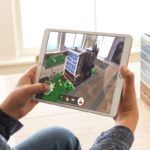 AR FOR KIDS – WHAT’S GOOD AND WHAT’S NEXT? 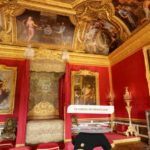