Compared to traditional desktop-based review methods, construction novices with less than three years of experience in the industry were able to double their ability to spot design errors in a 3D model using an immersive virtual reality interface, according to a new study released by the Construction Industry Institute at its annual conference in San Diego last month.

Workers with more than three years of experience also saw an improvement in their ability to spot errors, though not to the same dramatic degree as construction novices. “Our new people can get up to speed so much faster if we use virtual reality design review instead of desktop,” says Fernanda Leite, associate professor at the University of Texas at Austin, the principal investigator of the study. Researchers also tested users in catching mistakes in sequencing via VR. The veteran workers saw the biggest improvement, more than doubling their ability to spot errors.

For the first time in CII’s 35-year history, studies were presented by several sector-specific committees, rather than more general research for all capital projects. Attendees “valued the interdisciplinary learnings” available in the format, says Stephen Mulva, CII director.

Technology also dominates CII’s current slate of research projects that will be presented next year, including a study on artificial intelligence for advanced work packaging, which will determine whether “computers can figure out the optimal sequence of construction and optimal work packages,” Mulva says. 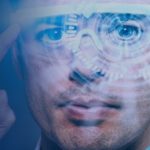 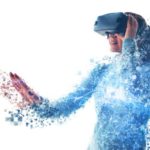