NextVR, the VR livestreaming event app, is now available on Oculus Quest for free, which is said to come alongside a new technology that promises clearer and sharper video rendering.

Previously, NextVR content was only available on Quest via the Oculus Venues app, which provides communal viewing of select real-time live events. In contrast, the NextVR app is a single-user experience that also provides replays and extra content too.

“NextVR is pairing our newest rendering technology with Oculus Quest to provide an outstanding fan experience.” said David Cole, NextVR co-founder & CEO, “We’re launching with a collection of experiences that best demonstrate the capabilities of our technology including a show this September 10th hosted by Pete Davidson recorded live at Gotham Comedy Club in New York City.”

In addition to Quest support, the studio is also adding an exclusive ‘Best on Quest’ channel with a curated group of “new and optimized experiences,” among which is the NBA Finals Game Six Highlights with access to the Toronto Raptors locker room celebration, NHRA Drag Racing, Day to Night Timelapse and select concerts. 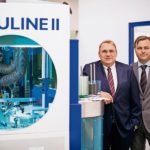 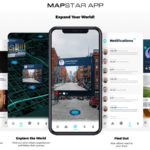