Augmented reality has been kicking around for quite a number of years.

Back in 2012, I sat down with the leadership team of augmented reality pioneer Layar at its headquarters in Amsterdam, a few years after its founding.

The early business idea of AR focused on real estate, with phones pointed at houses for sale displaying the house details and sales data associated with the house, starting in 2009.

Layar was ultimately acquired by Blippar and AR eventually moved into media, with virtual imaging providing calls to action when a camera phone was aimed at an ad.

As faster phones evolved over the years, applications of augmented reality expanded into advertising, such as the recent virtual tour of the Jack Daniels Distillery and the Burger King AR promotion to virtually “burn” competitors’ ads.

The Pokemon Go craze introduced augmented reality to the masses around the world, as millions of consumers searched their surroundings to “capture” various digital creatures.

What AR has been missing has been the incorporation of augmented reality as a default mechanism rather than an add-on.

At the Dali Museum in St. Petersburg, Florida, the exhibit of eight Dali Masterworks, the highest concentration of Masterworks in the world, augmented reality finally is featured as the default viewing experience.

I visited the museum, mainly to check out the AR experience, figuring I would be among a handful of visitors raising a phone to the art. The reality was much different.

While the viewing area in the main exhibit room was totally packed, almost every person was viewing the art via mobile device.

The AR experience was heavily promoted by the museum, featured on the main screen of the Dali Museum app and anyone who wanted one could pick up a free iPod with the app on the way in.

I viewed the art using AR through the app on my iPhone XS and a Samsung Galaxy S10 as well as the supplied iPod, with the newer phones working best. One scan loads the AR experience for all the art in the room and each painting comes alive by overlaying digital videos as well as options to click on various items for additional information via audio and video on mobile device.

The idea of the exhibit, sponsored by Tampa International Airport, was to educate visitors about Salvador Dai and his artwork, according to the museum.

The reality is that the museum is showing the public that augmented reality can become a new norm. 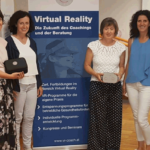 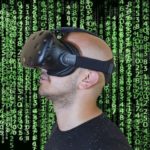 The Spatial Web and Web 3.0

7 Innovative Ways To Use Immersive Learning...

Will There Be a Boom In Augmented...

How Virtual Reality In The Workplace Can...

7 Tips To Use Online Directories For...