Healium is one such company to use the platform.

Great strides are being made in the use cases for virtual reality (VR) as a viable medium for certain health treatments. XRHealth (formerly VRHealth) is one company doing just that, announcing this week that its platform is now being opened to third-party developers. One of the first to partner with XRHealth is Healium, a system designed to relieve stress powered by brainwaves and heart rate.

Stress is a major factor for various illnesses and people taking time off work, so Healium has developed a biometrically- controlled solution that is designed to reduce anxiety and stress. Using normal consumer wearables like Fitbit, watches with heart rate monitors built-in or EEG headbands, users are taken through story-driven escapes which they can then control through emotions.

Healium takes VR relaxation apps like Guided Meditation VR to the next level by not only placing users in a tranquil environment but giving them the ability to interact with stress-relieving solutions.

“We applaud the great work XRHealth is doing to get therapeutic media into the hands of more people. Stress is responsible for 60% of all illness and disease so Healium’s biometrically-powered stories are a natural complement to XRHealth’s existing library,” said Sarah Hill, CEO & Chief Storyteller for StoryUP, the company that makes Healium in a statement.

“Stress is a factor that contributes to most fatal diseases,” adds XRHealth CEO Eran Orr. “By reducing stress and encouraging feelings of positivity we are enabling recovery, preventing future illnesses, and enabling patients to live a happier and more fulfilling life.”

Healium isn’t the only company working with XRHealth. Others include Healing HealthCare Systems and VirZOOM, the fitness company which originally created a Bluetooth connected cycling machine. XRHealth’s solution monitors user data so that doctors, caregivers, and patients can have full access to how each solution is affecting a patients’ health and control the patient VR world and experiences remotely.

The platform supports Oculus Go, the standalone headset which has become popular for media consumption. As XRHealth continues to expand and support its platform, VRFocus will keep you updated. 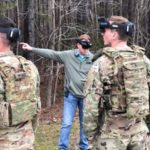 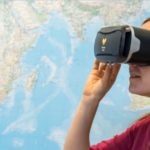