Step through a portal to the moon and navigate the Apollo Lander safely to the lunar surface. 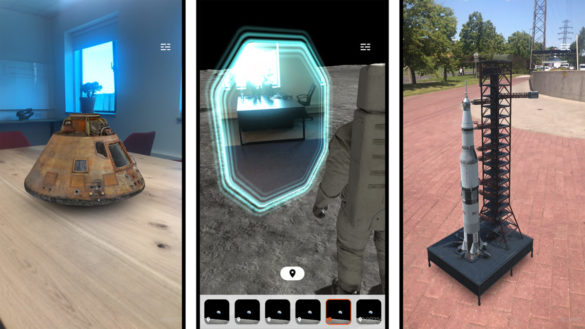 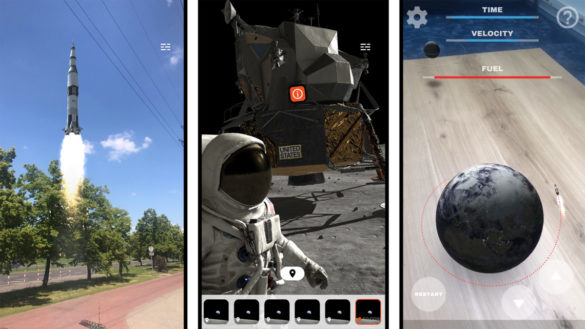 Leading up to the 50th anniversary of the historic Apollo 11 moon landing July 19th, the Smithsonian Channel has launched a six-part televised series, Apollo’s Moon Shot, which takes audiences behind-the-scenes of the groundbreaking mission for a closer look at rare archival footage, exclusive Apollo artifacts from the Smithsonian’s National Air and Space Museum, and in-depth interviews taken directly from the astronauts’ debriefings.

“The series reveals the stories of the men and women who made the mission possible,” said the Smithsonian in an official statement. “Stunning, rarely seen footage of each mission is combined with NASA’s oral histories taken directly from the astronauts’ debriefings upon their return to the Earth.”

Accompanying the limited series is an AR-based smartphone app of the same name which allows users to experience and interact with key moments in the Apollo 11 mission as broken down over the course of the televised series.

“In time for fans to celebrate the historic anniversary of humanity’s first steps on the Moon, the app’s interactive features and unique and rare access to Apollo 11 artifacts from the Smithsonian’s National Air and Space Museum reveal new secrets from the mission and put users right in the action of NASA in 1969,” adds the Smithsonian in another official release.

The result is a surprisingly rich experience bursting at the seams with engaging interactive content. Users can travel to the lunar surface through an AR portal, launch the Saturn V rocket and watch it take off into the atmosphere, take a selfie in a genuine Apollo 11 spacesuit, pilot the Apollo Lander safely onto the moon’s surface, even fly a rocket from the Earth to the moon while managing fuel consumption.

The app also includes several educational elements that help shine a light on humankind’s monumental accomplishment. Users can step into an AR recreation of the Apollo 11 command module and explore the handwritten notes left by Neil Armstrong, Buzz Aldrin, and Michael Collins, go hands-on with a collection of Apollo 11 artifacts—such as 3D scans of Armstrong’s actual space suit—view relevant clips from Apollo’s Moon Shot, and test their knowledge of the events via some Space Age-themed quizzes.

Of course, you can capture all of your out-of-this-world experiences and share them with friends and family on social media.

Apollo’s Moon Shot is available for free on iOS and Android. 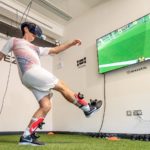 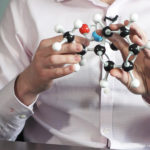