The next time you walk the dog, ride public transit or stroll through an open-plan office, have a look around you at how many people are wearing headphones.

Whether it’s over-ear, in-ear, wireless, Bluetooth, noise-cancelling or even headphones built into sunglasses, there are more and more styles to choose from. And they’re getting smarter.

Tech companies are building new, artificial intelligence-enhanced abilities into the buds to feed us directions, notifications and even advertisements in a whole new way.

Audio augmented reality is poised to become the new selling feature of headphones. Instead of having to look at a phone, headphones can overlay an extra layer of information on your environment through sounds. An AI voice can quietly tell you a restaurant only has three stars when you look in its direction at lunchtime or tell you exactly what’s wrong with your golf swing without the people around you knowing.

“Augmented reality, the ability to provide additional information through visual, auditory, even touch, all those technologies are evolving rapidly,” said Michael Knappe, who leads technology and lifestyle audio at Harman International.

“We certainly see ways that information can be provided to users while listening to music.”

Traditionally, to sell headphones at a premium price, audio quality was key. In 2014, Apple bought Beats Electronics for $3 billion and started selling headphones with high-end audio and heavy bass.

Then in 2016, Apple released a Bluetooth version of its famous white earbuds. They were widely ridiculed at first, with users on social media saying they looked like electric toothbrush heads sticking out of users’ ears. But their integration with the voice assistant Siri and ability to take calls hands-free proved popular. Google’s Pixel Buds Bluetooth headphones, unveiled in 2017, took things a step further and offered real-time language translation.

Suddenly it seemed like smarts were more important than high fidelity. Headphone’s abilities are only set to grow. Bill Buxton, principal researcher at Microsoft Research is working on ways to use sound to provide directions, without barking “turn left” into users’ ears. Using technology in headphones, like tiny gyroscopes to detect head position, he can place sounds anywhere in a user’s environment.

You can hear some examples of the audio cues that Buxton is working on here:

Here a repeating sound moves from left to right to gently suggest a direction without a voice command.

This more traditional voice command moves through the audio environment to indicate a direction, which can naturally complement the instruction.

Buxton envisions a future where directions can be more subtle.

“If I do it correctly, in terms of choosing the right sound and the right processing, I could place the sound of a church bell into an environment, and you’d swear there was a church there in that direction,” he said. “You’re fully immersed in the real world, and at the same time you’re immersed in a virtual world that is superimposed upon it.”

The church bell can be used to give directions on a walking tour of a new city. A tourist could hear a general direction to wander in — toward the bell — but could choose their own route through picturesque back streets to get there.

Personal technology experts warn that any new platform for communicating with us is likely to prove attractive to advertisers, too. Your ears may be the next frontier for targeted ads, whispering to you to go ahead and buy that merchandise you’re gazing at.

Wearing headphones all day, every day, raises other concerns, like societal isolation. But those same concerns were raised in a New York Times article about the rise of the portable cassette player. In 1981, the paper published a story with the headline “Private Music and Public Silence,” which remarked on the trend of “waves of people … walking about with little foam-rubber circles on their ears and expressions of transport on their faces in a scene that was almost Orwellian.”

This year marks the 40th anniversary of the Sony Walkman going on sale in the United States. It seems the preference for headphones isn’t going anywhere anytime soon. 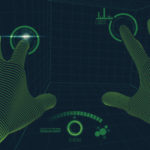 8 Ways to Create a Better UX in Virtual Reality 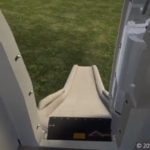