Use Unreal Engine as a VR Development Tool for eLearning

Unreal Engine 4 is a superlative game engine that you may not think of as a development platform for eLearning applications, including virtual reality (VR). Unreal Engine has been the choice of indie and AAA game developers for a long time because of its rendering pipeline, tools that scale from simple scenes to detailed environments and characters, advanced cinematic and post-processing capabilities, and ease of use. All of these capabilities serve equally well for development of VR games and simulations for eLearning, but instructional designers and L&D organizations don’t seem to know about them.

What does Unreal Engine offer for eLearning VR?

Michael Sheyahshe is an expert developer who will be teaching a pre-conference workshop on Unreal Engine at The eLearning Guild’s Realities 360 Conference and Expo. What impresses Michael about Unreal Engine is the capability it offers right out of the box, without requiring purchase of custom code and scripts. This is especially true when it comes to VR.

“Unreal comes ready to do VR, built-in. When you download Unreal, the capability is available to you to use in sort of a turnkey system, with no additional purchases required. Blueprints and templates in the editor are part of it,“ Michael says. „With Unreal the capability is free to use. In addition to the ease of use, this also means it is easy to understand what you need to do legally per end-user license agreements. They’re not necessarily separate items, but one is encapsulated within the other.”

Another big reason to consider Unreal Engine for your eLearning simulations and games is quality of experience. That’s what a high-end game engine delivers, and what players expect. Why not deliver that level in eLearning? For the eLearning design and development team, Unreal Engine 4 offers a simple, mature interface and fantastic visual content that leverages the delivery capabilities of a range of devices—from Windows PC, Mac OS X, Linux, iOS, and Android—to Xbox One, PlayStation 4, and Nintendo Switch. Access to full C++ source code comes as soon as you create an account and install the engine. Unreal Engine 4 also includes documentation, tutorials, and support resources.

For uses that don’t fit into the wide category of games (for example, simulations, walkthroughs, visualizations, and non-interactive linear media such as movies, animated films, and cartoons), Unreal Studio provides the tools and services needed, plus fundamental online training materials and ongoing release of additional learning materials. Unreal Studio is a separate product, currently available as a free open beta through September 2019. After October 1, 2019, Unreal Studio will require a separate license and fees.

What’s the difference between Unreal Engine and Unity?

Unreal Engine is one of two game engines that eLearning creators have likely heard of; the other one is Unity. If you have played Fortnight (which was prototyped in Unity and produced in Unreal Engine), you have experienced what a high-end game engine can provide.

Learning Solutions has published other articles on Unity. The YouTube video “Unreal vs. Unity: Clash of Titans” fairly presents the contrasts between Unreal Engine and Unity, as well as the challenges and limitations of each. There’s a lot of jargon and TLAs in this video, however, you should still be able to discern the key differences as they apply to your work. Basically, if you don’t want to spend a lot, don’t have any programming background, and care a lot about aesthetics and lighting, you are probably going to want to start with Unreal Engine.

Unreal Engine provides flexibility for creators with limited programming experience, but it can overwhelm a new user. Michael Sheyahshe’s workshop, ”BYOD: Build Your First VR Experience with Unreal Engine” at the Realities 360 Conference and Expo can help you deal with the learning curve. This hands-on experience will teach you how to use Unreal Engine to build and test a simple but functional VR application. You will learn:

To participate in the workshop, you must also register for the Conference. Register for Realities 360 by May 10, 2019 and receive a $100 discount on the conference registration fee.

To participate in the workshop you must bring: 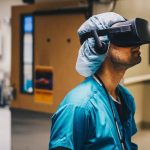 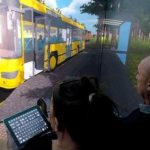