It’s not at all uncommon for autistic children to have phobias. Unfortunately, these fears can sometimes be so severe that the children have to completely avoid commonly-experienced situations such as taking buses or going into shops. A relatively new immersive reality treatment, however, is showing great promise in addressing the problem.

Known as the Blue Room, the system was developed in a partnership between Britain’s Newcastle University and tech firm Third Eye Technologies. Although it’s been around in experimental form for the past few years, it has just become available to patients via the UK’s National Health Service.

Here’s how it works …

A child and a psychologist sit together in a small room, which has virtual reality animation projected onto all four of its walls. This immerses the child in a 360-degree interactive display without requiring them to wear VR goggles, which autistic children often don’t want to do.

Using an iPad to control the action, the psychologist guides the child through simulations of experiences that they find distressing, helping them to control their anxiety by doing things such as performing breathing exercises. The child’s parents watch on a closed-circuit video feed, so that they can see what coping strategies are used.

As the child becomes more comfortable with the situations, the complexity and noise levels of the simulations can be gradually increased, until they match those of the real world.

In a 2014 study of the technology, it was found that Blue Room treatment allowed eight out of nine children to overcome their fears, with some of them still unafraid of their given situation up to a year later. A significantly larger clinical study is now in progress.

“Situation-specific anxieties, fears and phobias can completely stop a child with autism taking part in normal family or school life and there are very few treatment options for them,” says Newcastle’s Dr. Jeremy Parr. “Currently the main treatment is cognitive behaviour therapy, but that often doesn’t work for a child with autism … People with autism can find imagining a scene difficult, so by providing it physically in front of the child’s eyes we can sit alongside them and help them learn how to manage their fears.” 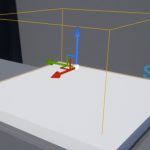 Use Unreal Engine as a VR Development Tool for eLearning 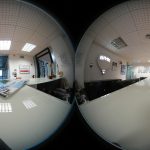 The 5 benefits of using VR for your onboarding process