Apple has been continuously iterating on ARKit, its augmented reality development tool that lets creators make smartphone-based AR experiences. The company unveiled ARKit at its World Wide Developer Conference (WWDC) in 2017, and the 2.0 version at the dev conference a year later. Now, a report from 9to5Mac holds that this year’s WWDC could see yet more new additions, including OS support for stereo AR headsets.

Citing sources familiar with the development of Apple’s new operating systems, the report maintains that ARKit will get a new Swift-only framework for AR and a companion app that lets developers create AR experiences visually. ARKit will also reportedly get the ability to detect human poses.

One of the biggest claims to come from the report is the supposed announcement surrounding OS support for controllers with touchpads as well as “stereo AR headsets.”

As with all unconfirmed reports, we’re taking this with a big grain of salt. However it’s hardly conceivable that Apple would open their software ecosystem to third-party devices, so it definitely raises the question of whether we’re close to a bonafide Apple AR headset tease or not.

In any case, there’s been several reports of an Apple AR headset in the making. Chi Kuo, someone Business Insider called “the most accurate Apple analyst in the world,” offered up his prediction for the fabled device last month, stating that Apple will likely begin production of its AR headset sometime between Q4 of 2019 and Q2 of 2020. Furthermore, it’s been reported that the upcoming Apple headset could rely on the iPhone for computing, rendering, internet connectivity and location services.

This comes as stark contrast to one of the earliest reports we’ve seen, from late 2017, by Bloomberg which posited an Apple AR headset would be a dedicated, standalone device, also slated for a 2020 release.

Whatever the case, we’ll have our eyes peeled from June 3rd to 7th when the hardcore Apple dev community descends upon San Jose, California for this year’s WWDC. 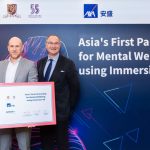 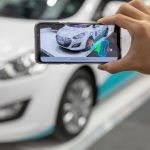