Apple has been continuously iterating on ARKit, its augmented reality development tool that lets creators make smartphone-based AR experiences. The company unveiled ARKit at its World Wide Developer Conference (WWDC) in 2017, and the 2.0 version at the dev conference a year later. Now, a report from 9to5Mac holds that this year’s WWDC could see yet more new additions, including OS support for stereo AR headsets.

Citing sources familiar with the development of Apple’s new operating systems, the report maintains that ARKit will get a new Swift-only framework for AR and a companion app that lets developers create AR experiences visually. ARKit will also reportedly get the ability to detect human poses.

One of the biggest claims to come from the report is the supposed announcement surrounding OS support for controllers with touchpads as well as “stereo AR headsets.”

As with all unconfirmed reports, we’re taking this with a big grain of salt. However it’s hardly conceivable that Apple would open their software ecosystem to third-party devices, so it definitely raises the question of whether we’re close to a bonafide Apple AR headset tease or not.

In any case, there’s been several reports of an Apple AR headset in the making. Chi Kuo, someone Business Insider called “the most accurate Apple analyst in the world,” offered up his prediction for the fabled device last month, stating that Apple will likely begin production of its AR headset sometime between Q4 of 2019 and Q2 of 2020. Furthermore, it’s been reported that the upcoming Apple headset could rely on the iPhone for computing, rendering, internet connectivity and location services.

This comes as stark contrast to one of the earliest reports we’ve seen, from late 2017, by Bloomberg which posited an Apple AR headset would be a dedicated, standalone device, also slated for a 2020 release.

Whatever the case, we’ll have our eyes peeled from June 3rd to 7th when the hardcore Apple dev community descends upon San Jose, California for this year’s WWDC.

Adobe Creative Cloud applications like Photoshop and Dimensions will be able to make AR artifacts from things like image, video, or PSD files become part of the physical world around you, so you can walk through the layers of a PSD file, for example.

Project Aero uses the USDZ file format for Apple’s ARKit that was adopted by a number of companies in June at Apple’s WWDC developer conference, where Adobe CTO Abhay Parasnis made an appearance. The file format will also be available with solutions from Autodesk, Sketchfab, PTC, and Quixel.

ARKit content is now available for hundreds of millions of iOS devices.

Whereas Facebook and Microsoft have been involved in AR for years, Adobe waited for adoption rates to grow before getting more involved in the field, Parasnis told VentureBeat in an interview.

“Our strategy is democratize creation of AR content without you ever having to learn deep coding, new platform, [or] new tools. If you know Photoshop, if you know Premiere, if you know Lightroom — any of these Creative Cloud tools — you know AR,” Parasnis said. “You never have to worry about design concepts like shadow or proximity, that when it walks close to something it should animate.”

Adobe partnered with Apple and others using the USDZ file format because starting from scratch would have been unrealistic.

“Expecting a new medium to take hold by expecting an ecosystem of millions of designers and creative professionals and developers to learn completely new tools and languages is never going to happen,” he said.

The news is being announced alongside improvements to other Adobe products and the suite of Sensei AI services onstage at the Max developer conference taking place today in Los Angeles.

Apple’s 2018 keynote event has officially come to a close and it appears as though iOS fans have much to look forward to over the coming months. The California-based technology company had no shortage of fresh hardware and exciting software updates to showcase, including a new Apple Watch with electrocardiogram functionality, as well as a more powerful iPhone Xs and Xs Max.

Developed by Directive Games, the same studio that brought us Super Kaiju, Galaga AR, is the first in an upcoming line-up of augmented games as part of the companies AR Arcade Series. A 21st-century twist on the 1981 classic, ARKit 2.0 technology brings the oldschool title to life as you battle incoming waves of crystal-clear enemy ships and bosses within the real world. Multiplayer functionality lets you and up to three friends shoot down baddies together as they battle for the highest score.

This is possible thanks to the uber-powerful A12 Bionic chip featured in their new iPhone Xs line-up. More classic arcade games are expected to receive the AR treatment as Apple continues rolling out their AR Arcade Series. Here’s hoping we’ll see an AR Frogger title in the near future.

Galaga AR will be available for download later this year as part of the Apple’s AR Arcade Series.

For a more productive AR experience, Homecourt is brings professional level basketball education to iOS users. Revealed with the help of eight-time NBA All-Star Steve Nash, the app can best be described as a science-based basketball training tool that uses AI & AR technology to track and analyze a players performance.

By pointing the smartphone camera at an athlete while they play, the app is able to monitor their stance, shot technique, and other crucial aspects of their performance to provide real-time feedback on how to improve. For example, while performing a “catch and shoot” technique, the app measures leg angle, release time, speed, release angle, and release height.

Homecourt is now available for download free on iOS. 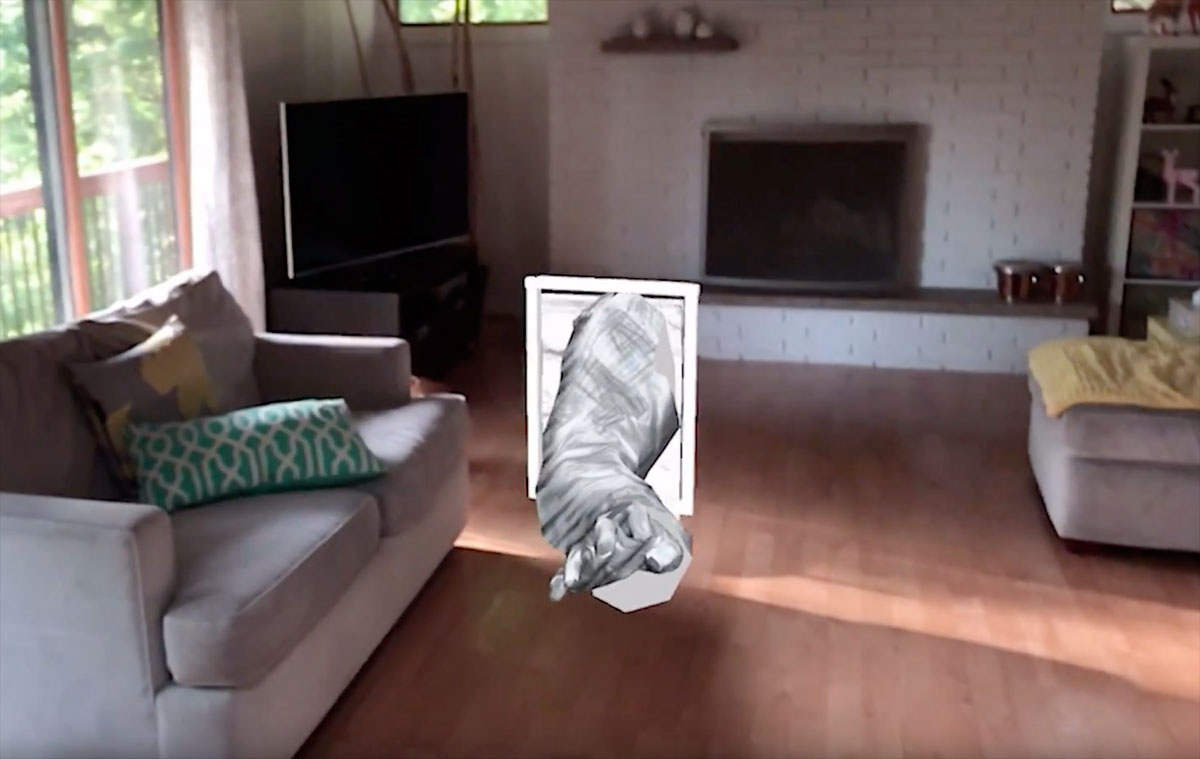 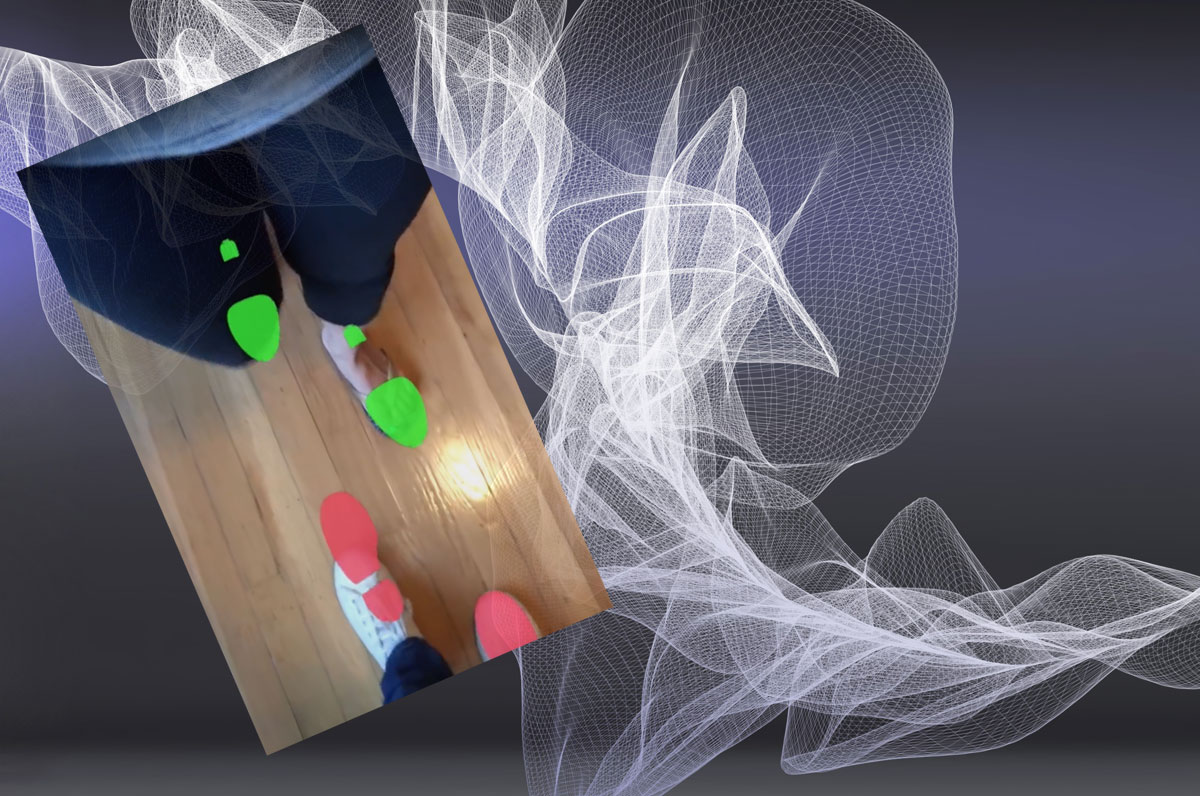