Manus VR, best known for their cutting-edge haptic feedback VR gloves, have been using their proprietary tech in a variety of fields for years, influencing everything from motion capture and automobile production, to immersive gaming and healthcare. Despite an impressive roster of high-profile clients, however, the company is far from satisfied.

In an effort to expand their hardware and software into new sectors, Manus VR has launched ‘Studio’, a full-service content house dedicated towards the development of AAA VR training experiences.

Manus VR Studio assists businesses, agencies, and various other organizations by guiding them through the intimidating VR development process, helping them build immersive, easy-to-use VR training simulations which incorporate the use of the highly-accurate Manus VR Gloves and their Apollo dashboard/driver.

“We felt like there was an offset between getting the most out of the current VR hardware and creating VR trainings that work,” said Bart Loosman, Commercial Director at Manus VR, in an official release. “With our experience in virtual reality we feel like we can make a difference. By combining our own hardware with high detail virtual environments and top notch interactions, we can bring VR training to the next level.”

“VR saves money, time and resources,” continues Loosman. “It’s also a more fun and efficient way for employees to train. Manus VR Studio is hoped to be an eye-opener for companies. Virtual reality is here to stay. The paradigm shift in industrial training has already begun. We hope to contribute to this process with our latest venture. Manus VR Studio will set the standard in immersive training.”

Manus VR Gloves feature wireless full-finger tracking powered by eleven individual sensors, a gyroscope, accelerometer, and magnetometer; haptic feedback with programmable vibration motors, and a cutting edge power cell which allows for 6 hours of uninterrupted wireless immersion–all coming together for a next-level VR experience where you can reach out and touch the virtual world with your own two hands. 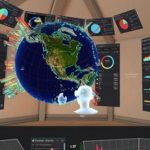 Dive Inside Your Data In Virtual Reality 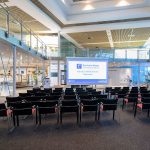 How Augmented Reality is changing Retail

The Future Of Zoom: Meet The Founders...

How Virtual Reality Is Changing the Way...