HaptX lets you control a robotic hand, and feel what the robot feels, anywhere in the globe.

During the 1950’s Ralph Mosher, project engineer behind GE’s Cybernetic Anthropomorphic Machines Systems (CAMS), pursued the idea of using robotics as an extension of human arms in a way that could precisely mimic human movements in real-time. The project was called the Hardiman, which created a human/machine interface that not only gave humans the ability to “feel” through force feedback, but it also gave humans super strength. Mosher’s project was a breakthrough for GE, unfortunately the Hardiman exoskeleton (which looked a lot like the load-lifter that Ripley used to fight off the Queen Xenomorph in the 1986 film Aliens) never made it beyond the prototype stage. It was big and clunky, and after poor testing the project was eventually shelved.

Mosher’s legacy lives on however, with multiple developers and organizations continuing the advancement of telerobotics. One partnership in particular has resulted in what the developers claim to be the first haptic telerobotic system that allows users to control a robotic arm remotely from anywhere in the world. By using HaptX haptic gloves, users are also able to feel what the robot feels through force feedback and sub-millimeter motion tracking.

Labeled as the Avatar X initiative, the project is a result of a collaboration between HaptX–whose haptic gloves lets you grab and hold objects in VR–SynTouch, whose BioTacs SP sensors can detect haptic data of interaction to re-create a human sense of touch; and Shadow Robot Company, creators of Dexterous Hand – a robotic hand with 20 actuated degrees of freedom, force sensors, and ultra-sensitive touch sensors on the fingertips.

Imagine you are inside your home while wearing a HaptX haptic glove connected to robotic hand located all the way in London via a 4G phone. Using the haptic glove on your hand, you manipulate the movement of the robot to reach over and pick up a physical ball and hold it; all the while feeling the soft, manipuable composition of the object as if holding it with your real hand. This is obviously a painfully simplistic use-case example, but the potential of such a groundbreaking system is crystal clear.

“The gloves control the robotic hand. As the hand touches an object, tactile sensors detect the haptic information. That haptic information is sent over a network back to the user,” Andrew Mitrak, Director of Marketing at HaptX, explains to VRScout. “The information is recreated as haptic feedback through the HaptX Glove.”

In the same way that VR has an impact on how we work, HaptX’s telerobotics system has the potential to  by increase safety in potentially hazardous work environments by allowing professionals to perform dangerous task remotely from a secure environment; and because the telerobotic system lets you feel objects with almost zero latency, the technology  could complete tasks that require human instincts or an extremely gentle touch, such as rescuing people trapped under rubell from a collapsed building or assisting in time-sensitive medical operations.

Jake Rubin, HaptX Founder and CEO certainly believes in the potential impact this revolutionary system could have within multiple fields and industries. “Teleoperation has the potential to fuse human dexterity and intelligence with the strength, speed, and robustness of robots. This has enormous implications for any task which requires human-like interaction in an environment that is hazardous, requires handling large loads, is far away, or is otherwise not amenable to direct human access.”

HaptX sees their telerobotic system potentially playing a role in other ways, such as eSports, how we play VR games, even social settings. Mitrak explains, “I think telerobots will do very well in a social setting. When you see the robot hand move, it’s an extension of the person operating it. It’s mimicking the movements of a real human in real time,” adding, “You can shake the hands or hug a friend and feel that person’s presence. You can do this from anywhere in the world, even beyond our world.”

What is really thought-provoking is that the team is also exploring the idea of telerobotics feeling pain. Naturally, some might ask wonder why on Earth you’d want robotics to feel pain. The reason behind this idea is to protect the mechanics of a robot by letting users know they might be pushing the limits of the device too far, and are at risk of possibly damaging the mechanism; which you can bet, is probably pretty expensive.

Their biggest hurdle is trying to figure out how robots would feel pain, and then calculate how that pain would then translate back to the user. As weird as that sounds, it makes sense from a business point-of-view.

The next step for the HaptX team is to integrate a VR headset and 360 stereoscopic video capture system that would allow for the visual component of telepresence, and then use 5G to help improve the networking component of teleoperation.

To say telerobotic technology is beyond cool is a massive understatement. Imagine finally being able to hold all of the gross things you’ve always wanted to touch, but were too afraid to. Like, a bucket of worms. Ick. Oh, and possibly saving lives and bringing people closer together. That too…

Hopefully one day we’ll all be able to enter VR nightclub from the privacy of our homes, while our load-lifter robotic extensions are clanking away on the dance floor somewhere in London. 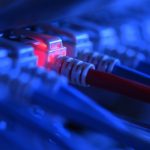 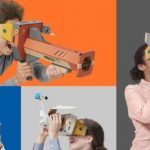