Micah Brown is using brain research to understand what makes rappers–and rap fans–tick. And that’s just the beginning of his ambitious neuroscience plans.

Micah Brown, a 30-year-old neuroscience entrepreneur from South London, straps on a headset at the MIT Reality Virtually Hackathon as judges gather around him. It’s been a day of dry, technical presentations, but that’s about to change.

Actually, Brown has donned two headsets. The first is Neurable–a neurosentiment technology that places electrodes on the scalp to track electroencephalography (EEG), the electrical signals inside the brain. The second is a Vive VR headset, which transports Brown to a virtual stage in front of a crowd.

As Brown begins to rap, the Neurable tracks his brainwaves to approximate his levels of stress, attention, calm, and fatigue in a performance environment. The idea is to create a training environment where performers can peek inside their minds and hone their craft. Think of it like advanced sports science, but for rappers.

BrainRap wins the hackathon’s People’s Choice Award. The fact that it’s easy for the public to understand what Brown is trying to accomplish is kind of the point. He wants to dream up new, imaginative use cases of neuroscience technology to break it out of the echo chamber of its insular community.

“if a Sony company wants to buy the idea for $8 million, I’m not going to say no to that,” Brown tells me. “But that’s not really who I’m doing it for.”

THIS IS YOUR BRAIN ON RAP

Brown may not have invented BrainRap with the goal of turning it into a multimillion-dollar venture, but that doesn’t mean it doesn’t have commercial promise. In fact, Brown headed to the Grammys this past weekend to pitch some artists (he wouldn’t name which ones) on why they should help him take it to a bigger stage.

For many performers, the most compelling immediate use could be a different version of BrainRap that Brown showed off on January 14, at MIT’s AR in Action, a week before he won the MIT Hackathon.

At that contest, Brown hacked an Emotiv headset to create a beautiful visualization of his mind as he freestyled. The headset read various brainwaves (Theta, Alpha, Gamma, Beta) and translated them into flowing visuals. It’s easy to see a particularly cerebral performer (hello, Talib Kweli) wanting to incorporate it into a show.

The Neurable headset Brown wore for the hackathon, however, allows BrainRap to create its VR performance environment, and is a promising neuroscience product in itself. Last year, Neurable built a virtual reality game, called Awakening, that lets you control relatively simple actions (like selection an object) using your thoughts.

The headset is very good at understanding the intent behind the electrical signals in the brain–which Neurable founder Ramses Alcaide likened to picking up a conversation at a cocktail party with many speakers. With BrainRap, the long-term plan is to integrate Neurable’s capabilities more fully into the performance environment.

The third application for BrainRap–and perhaps the most potentially lucrative use case–is to help artists reach the right audience with their music. This is where the neuroscience gets particularly complicated. Essentially, Brown wants to help independent artists find their ideal audience by matching the content of their lyrics to neurosentiment data, compiled from research he conducted at the University of Kansas last year, as well as publicly available EEG data. The idea is to understand how people respond to different words while listening, and then use that data help an artist figure out the true ideal audience for their music.

“You take a Jay-Z, for instance,” Brown explains. “It’s taken him a number of years to be able to start putting out music about what it’s like to be a grown, successful black person. And, if you notice, he’s being very selective about the type of music and image that he puts out now, because he knows his demo is these upper-class black people who are listening to his music. But he’s only able to do that because he’s able to sit down with the dashboards and sit down with the AMRs and sit down with the team, and interpret what they’re saying as a businessman, as well as an artist. A lot of artists aren’t able to do that.”

Brown sees BrainRap, more than anything, as a way to make neuroscience more accessible to people, and as a “social giveaway to independent artists to uplift them.” But it represents only part of his neuroscience-related activities. His main focus is his new venture, Centiment Capital, which provides pre-seed and seed funding ($50,000-$150,000), as well as software and business model development support to neuroscience startups. BrainRap, in many ways, epitomizes the innovative wave of neuroscience applications he sees coming.A big reason Brown and others are bullish on neuroscience is due to the BRAIN initiative, a public-private research initiative launched by the Obama administration in April 2013, in the model of the human genome project. Over the past six years, the initiative has provided more than $400 million in funding to neuroscience initiatives and startups, with the hopes of finding cures for neurogenerative diseases like ALS.

Curing disease is Brown’s ultimate goal as well. He believes that the underlying technology within BrainRap could “cut the number of people with mental illnesses in half” by tracking which memories and traumas have the most profound impact on the brain, and then using the technology to aid the reconciliation and amendment of that memory.

And perhaps most important, Brown wants to use his neurosentiment technology to battle social bias by understanding how different advertising and social messages impact the way people think. He believes he can spread this message, thanks to the different perspective he brings to the industry, and his combination of scientific and entrepreneurial savvy. “I’m really the only person of color in this field. At least at this level. The CEO of Neurable, Ramses, is probably the other guy. I’m definitely the only black person, though. I was at this neuroscience center in Boston, there’s like 30 people, they’re all the top neuroscientists–it’s just me.”

Across music, advertising, and entertainment, he believes that neurosentiment technology could profoundly impact the type of messages that people put into the world.

“The very powerful people who are at the top aren’t understanding what effect they need to have, because it’s not being delivered to them in a visceral-enough package.”

Joe Lazauskas is the head of content strategy at Contently and co-author of The Storytelling Edge, a book about the science of storytelling and how to use it to transform your business. 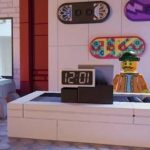 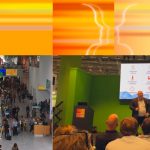