By studying the phenomenon of contagious yawning, the researchers learned that people’s reactions in virtual reality can be quite different from what they are in actual reality. They found that contagious yawning happens in VR, but people’s tendency to suppress yawns when they have company or feel they’re being watched don’t apply in the VR environment. Further, when people immersed in VR are aware of an actual person in the room, they do stifle their yawns. Actual reality supersedes virtual reality.

Immersive virtual reality (VR) can be remarkably lifelike, but new UBC research has found a yawning gap between how people respond psychologically in VR and how they respond in real life.

„People expect VR experiences to mimic actual reality and thus induce similar forms of thought and behaviour,“ said Alan Kingstone, a professor in UBC’s department of psychology and the study’s senior author. „This study shows that there’s a big separation between being in the real world, and being in a VR world.“

The study used virtual reality to examine factors that influence yawning, focusing specifically on contagious yawning. Contagious yawning is a well-documented phenomenon in which people — and some non-human animals — yawn reflexively when they detect a yawn nearby.

Research has shown that „social presence“ deters contagious yawning. When people believe they are being watched, they yawn less, or at least resist the urge. This may be due to the stigma of yawning in social settings, or its perception in many cultures as a sign of boredom or rudeness.

The team from UBC, along with Andrew Gallup from State University of New York Polytechnic Institute, tried to bring about contagious yawning in a VR environment. They had test subjects wear an immersive headset and exposed them to videos of people yawning. In those conditions, the rate of contagious yawning was 38 per cent, which is in line with the typical real-life rate of 30-60 per cent.

However, when the researchers introduced social presence in the virtual environment, they were surprised to find it had little effect on subjects‘ yawning. Subjects yawned at the same rate, even while being watched by a virtual human avatar or a virtual webcam. It was an interesting paradox: stimuli that trigger contagious yawns in real life did the same in virtual reality, but stimuli that suppress yawns in real life did not.

The presence of an actual person in the testing room had a more significant effect on yawning than anything in the VR environment. Even though subjects couldn’t see or hear their company, simply knowing a researcher was present was enough to diminish their yawning. Social cues in actual reality appeared to dominate and supersede those in virtual reality.

Virtual reality has caught on as a research tool in psychology and other fields, but these findings show that researchers may need to account for its limitations.

„Using VR to examine how people think and behave in real life may very well lead to conclusions that are fundamentally wrong. This has profound implications for people who hope to use VR to make accurate projections regarding future behaviours,“ said Kingstone. „For example, predicting how pedestrians will behave when walking amongst driverless cars, or the decisions that pilots will make in an emergency situation. Experiences in VR may be a poor proxy for real life.“

If the gap between VR and real life could be closed, scientists would be able to examine the link between the brain, behaviour, and the human experience in both actual reality and altered realities that span place and time, Kingstone added.

The study was published Jan. 22 in Scientific Reports.

Materials provided by University of British Columbia. Note: Content may be edited for style and length.

Foto: Inside the headsets, participants were exposed to yawning while a virtual avatar kept watch. Credit: Nicola Anderson/UBC 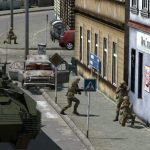 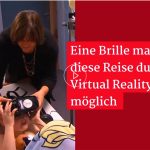